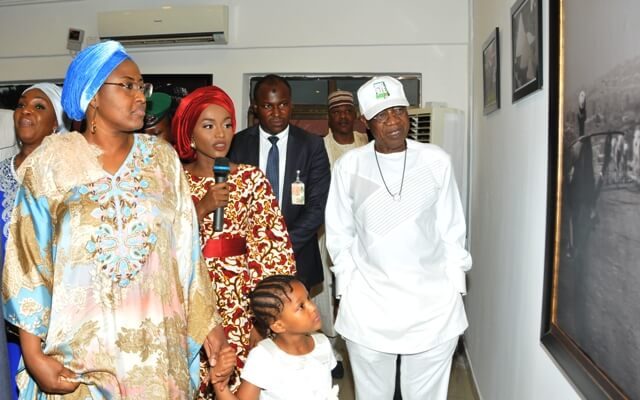 Association for Defending Victims of Terrorism – According to Vanguard Newspaper First Lady of Bauchi State, Aisha Mohammed, weekend, entreated the Federal Government to address the spate of terrorism and poverty, by giving due attention to their root causes.
She, however, said part of the reasons for the festering insecurity and poverty in the country were lack of education, communication gap between the government and the people, injustice among ethnic and religious followers in the country.

She implored the government to invest heavily in education and to ensure that victims of terrorism get justice, in order to regain the confidence of the masses.
The first lady spoke at the Women for Peace, Culture and Arts Exhibition, which also witnessed the official launch of the Gender Strategy Advancement International, GSAI, Baseline Report, in Abuja.

According to her: “I will, at this juncture, draw the attention of all the relevant stakeholders to give more attention to root causes of such vices, with a view to finding lasting solutions to the insecurity bedevilling most of our communities.

“It is quite unfortunate that most of the part of the country over the years, are facing security challenges, including terrorism, banditry, pipeline vandalism among other violence and crimes.

“The negative development has continued to create havoc to the lives of people, especially women who are most vulnerable.
“These include lack of education among youths, communication gap between the government and the governed, lack of awareness, injustice among ethnic and religious followers in the country.
“Others are lack of financial contribution to the victims and emotional support, delay of justice,” she added.