Home News End the Suffering of Thousands of People Affected by Slavery, Forced Labor and Forced Marriage in the Hypocrites Organization 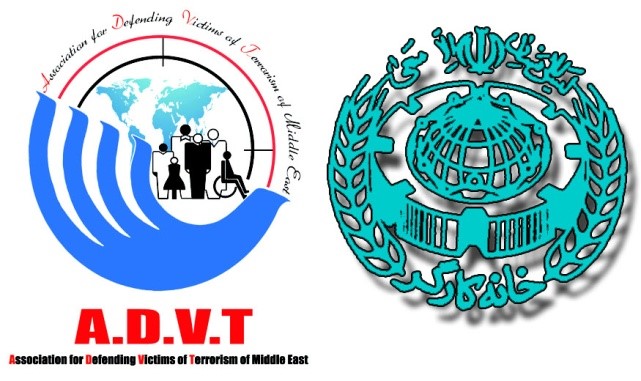 Association for Defending Victims of Terrorism and the Worker House of Iran addressed a letter about the occurrence of such crimes with greater severity and extent in terrorist organizations to Gilbert Houngbo, the Director General of the International Labor Organization and Volker Türk, the United Nations High Commissioner for Human Rights following the recent report of the International Labor Organization regarding the increasing and shocking growth of modern slavery and forced marriage.‌‌ It was sent to other national and international officials. The letter requested their help to stop such crimes.

In this letter, it is stated, “We also express our regret in line with the International Labor Organization regarding the occurrence of such crimes in the terrorism organization and we warn and reiterate that such medieval violations have been carried out for many years by groups such as the Hypocrites (MEK), al-Qaeda, the Taliban, and ISIS, and have left a deep wound on the body of the working class. So, we call on everyone, especially the International Labor Organization, to find a solution.”

In another part of this letter, it is said, “Although explaining the challenges and presenting a report to the international community and warning about its consequences by the International Labor Organization in order to improve the conditions is very valuable, but it is an unfinished task. As you have mentioned in this report, the pain of humanity affected by slavery, forced labor and marriage not only is not facing a decreasing trend, but we are witnessing a catastrophic increase. By investigating about the causes of problems and finding understanding to solve them, we should adopt the appropriate solution and then mobilize national and international capacities to solve such horrible dilemmas in order to fulfill our commitment to the society in a purposeful process so that humanity can benefit from the fruits of that organization’s efforts in a concrete way.”

This letter adds, “We also share the suffering of thousands of people affected by slavery, forced labor and forced marriage in the organization of the terrorist group of the Hypocrites, which started in Iraq in 1985 with the support of Saddam, the former dictator of Iraq, which continues until now in Albania, to which the phenomenon of forced divorce should be added.”

In another section, it is stated that “Reviewing the statements of people who have been freed from slavery, marriage, forced labor, and other violations in the name of labor and reviewing published international reports on these issues will be very useful and convincing for you and your colleagues, so that it becomes more clear how the gravest human rights violations are going on in the terrorist group of the Hypocrites with shocking impunity and no one can help a large number of victims and their families.”

The letter concluded, “We believe that this report and the warning is a suitable opportunity for the United Nations to address the issue, to examine a number of organized violations as crime against humanity, and to evaluate and report the aspects of the catastrophe during these years. The Association for Defending Victims of Terrorism and the Workers House of Iran request Your Excellency and the UN High Commissioner for Human Rights to appoint a fact-finding mission to investigate and find the truth about the above-mentioned issues.

It is worth mentioning that the letter has been sent to the Ministry of Justice, Ministry of Foreign Affairs, Attorney Generals of Iran and Albania and other authorities related to the issue in the international arena to help solve the problem.