Home News Anton  Abu Akleh: I Would Do Whatever was Necessary to Ensure Accountability for Her Killing 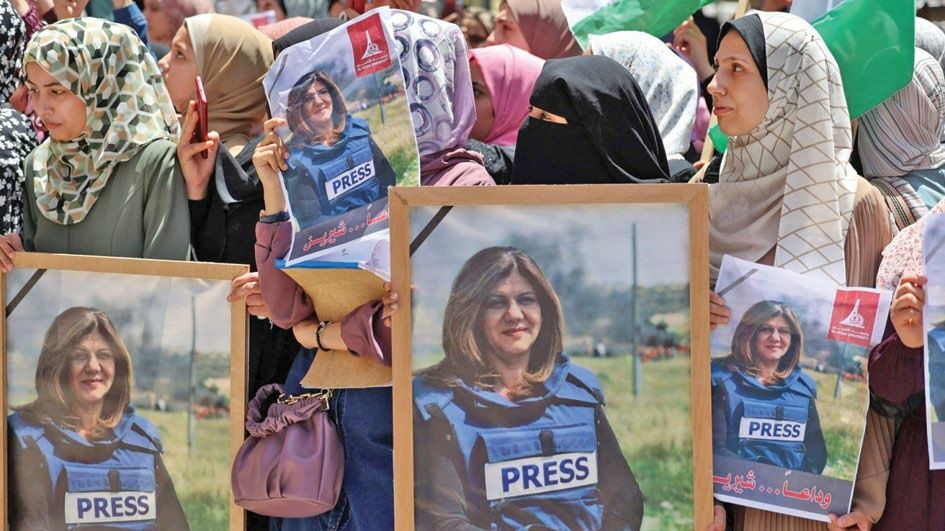 Association for Defending Victims of Terrorism – According to Al Jazeera, The family of killed Al Jazeera journalist Shireen Abu Akleh has submitted an official complaint to the International Criminal Court (ICC) to demand justice for her death.

Abu Akleh, who was with Al Jazeera for 25 years and known as the “voice of Palestine”, was shot in the head and killed by Israeli forces on May 11 while she was covering an army raid in the Jenin refugee camp in the occupied West Bank.

She was wearing a flak jacket and helmet that clearly identified her as a member of the press.

Speaking in front of the ICC in The Hague, Netherlands, on Tuesday, Abu Akleh’s brother Anton said that they would do whatever was necessary to ensure accountability for her killing.

“Like we said before, and like other reports said previously, there were more than 16 shots fired towards Shireen and the media and her colleagues who were standing in that ally,” Anton Abu Akleh said. “They even targeted the person who was trying to pull her into safety after she was shot down.”

The ICC decided in 2021 that it has jurisdiction over violence and war crimes that have occurred in the occupied Palestinian territories.

The complaint is supported by the Palestinian Press Syndicate and the International Federation of Journalists (IFJ).