Home News Attacks on Places of Worship Go Against the Spirit of the Right to Freedom of Thought, Conscience, Religion or Belief 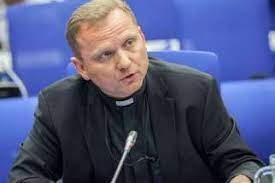 Attacks on Places of Worship Go Against the Spirit of the Right to Freedom of Thought, Conscience, Religion or Belief

Association for Defending Victims of Terrorism – Vatican News reports that the Holy See’s Permanent Observer to OCSE calls for a greater commitment to combat intolerance and discrimination, including against Muslims, Christians and members of other religions.

Referring to the findings of a just-published report by the OCSE Office for Democratic Institutions and Human Rights, Monsignor Janusz Urbańczyk warned that intolerance and discrimination motivated by anti-Semitism and bias against Muslims, Christians and members of other religions are on the rise across the globe.

Msgr. Urbańczyk said that Christians are increasingly targeted also in countries where they represent the majority, contradicting the erroneous assumption that only ‘minorities’ can become victims of intolerance and discrimination.

“The Holy See is alarmed by the rising number of attacks targeting synagogues, mosques, churches, other places of worship, cemeteries and religious sites.”

“Attacks on places of worship,” the Holy See Observer said, quoting from the report, “go against both the letter and spirit of the right to freedom of thought, conscience, religion or belief.”
Msgr. Urbańczyk said that anti-Semitism or intolerance against Christians, Muslims and members of other religions “existed well before the digital era, but the Internet and especially the widespread use of social networks has led to its dramatic increase and a fundamental shift in the way it is carried out.”

In fact, Msgr. Urbańczyk concluded, “Whenever any religious community is persecuted and marginalized because of its religious beliefs, the well-being of society as a whole is endangered and each person’s exercise of rights is diminished.”