Home News Opportunities are disappearing in favor of terrorism 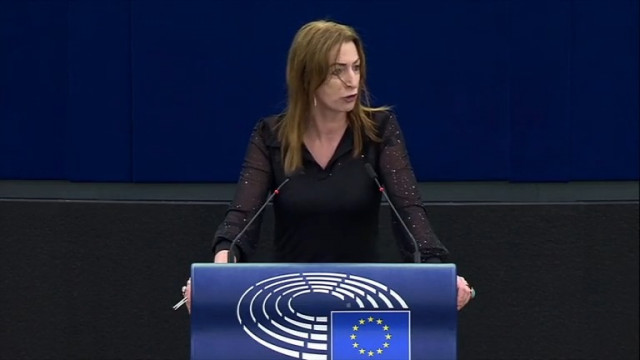 Opportunities are disappearing in favor of terrorism

Addressing the parliament during a debate on a resolution about recognition of the Russian Federation as a ‘state sponsor of terrorism’, she accused Europe and the US of being warmongers and themselves sponsoring state terrorism instead of seeking a peaceful resolution to the Russia-Ukraine conflict.

“State sponsorship of terrorism is a term of US law. It doesn’t exist in EU law, but a (Ukraine President Volodymyr) Zelensky advisor called for it in the Parliament magazine. And here we are again reporting for duty. And all it will do is make peace harder to achieve.

“Exactly, of course, what the extremists want. No peace. No off ramps, all bridges burning and Ukraine a permanent abattoir in a suicidal holy crusade against Russia.

“So, if you want to start naming state sponsors of terrorism, let’s do it.

“European sponsorship of Israeli terrorism in Palestine, Western sponsorship of Saudi terror in Yemen, ISIS, the product of French, American, British, Turkish and Gulf sponsorship in Syria and Iraq, decades of right-wing US-backed terrorism against the Cuban Revolution. The Contras in Nicaragua, death squads in Guatemala, in El Salvador.

“Remember Vietnam, Laos, Cambodia, horror after horror, terror after terror. There’s nothing constructive about the pot calling the kettle black, would ye ever cop on, start championing peace, an end to the war which is patently in the interests of the EU, Ukrainian, and Russian citizens.”