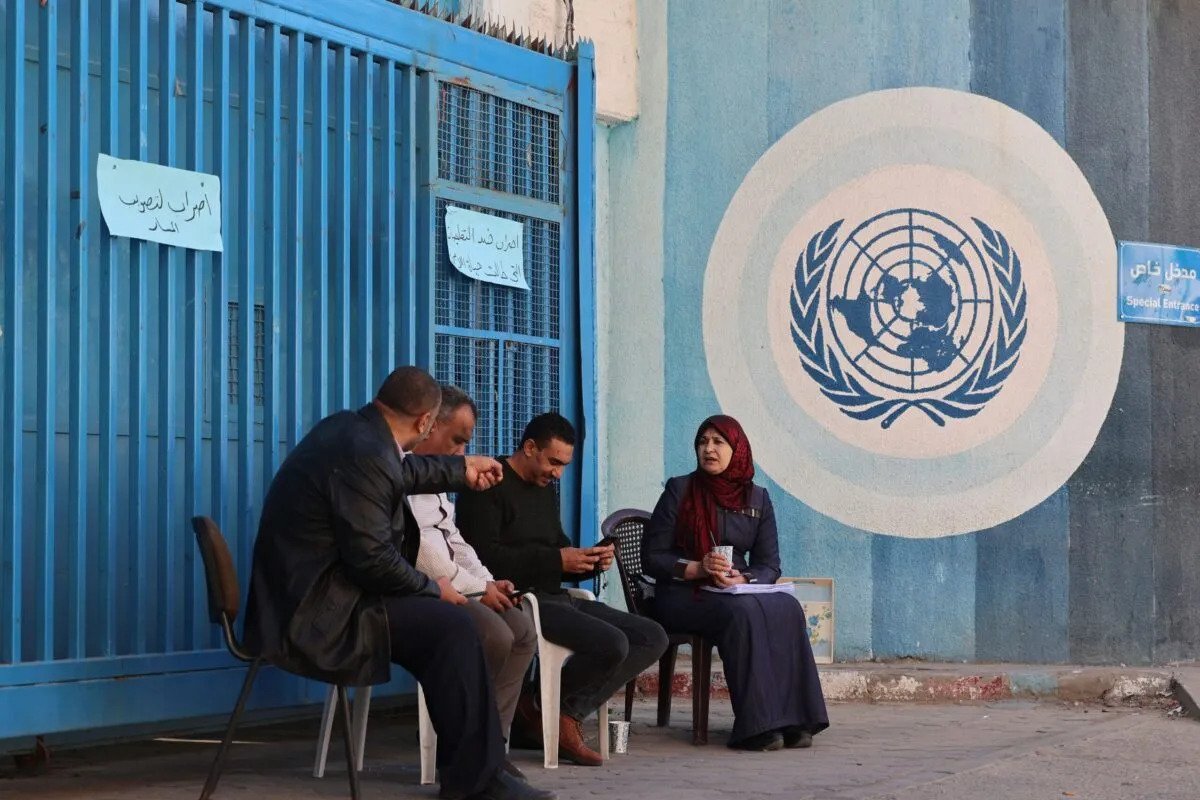 Association for Defending Victims of Terrorism – According to the Lebanese daily newspaper Al-Akhbar the pro-Israel NGO, UN Watch, has targeted the livelihood of dozens of employees from the United Nations Relief and Works Agency (UNRWA) for “the crime of supporting the Palestinian cause.”

According to the report, UN Watch has worked on the defamation of at least 120 teachers and employees of the UN body responsible for providing aid to Palestinian refugees in West Asia.

Their reports between September 2015 and June 2022, included social media footage and posts of what they classified as “anti-Semitic” or “promoting terrorism.” Additionally, the reports accused them of inciting violence and breaking the guidelines of the UN.

The pro-Israeli NGO is based in Geneva, Switzerland, and has been accredited by the UN. According to its self-defined goals, UN Watch aims to advocate against “antisemitism and anti-Israeli prejudice at the UN,” in addition to voicing protest against dictatorships.

Nonetheless, the NGO’s main focus over the years was on targeting Palestinian activists and lobbying against additional foreign support to the refugees in UNRWA’s five areas of responsibility.

Al-Akhbar reports the story of Huda, a UNRWA employee in Lebanon, who was suspended from work at an educational center funded by the UN for the crime of sharing a Nakba remembrance post on Facebook.

She is one of many employees who were subjected to inspection, investigations, and the risk of dismissal from work, following complaints received by UN officials about the “violations.”

Huda narrates how she was suspended from work for 10 months without pay, after being subjected to a harsh interrogation by a local and a foreign employee from the UN. She was shown printouts of her social media activity and family gathering, then ordered to delete her post about Nakba.

Additionally, she was asked to explain the reason behind posting about Palestine, and if she sympathizes with any Lebanese or Palestinian resistance group.

Months later, Huda received a letter of dismissal for one year from the Director General of UNRWA, ending her career at the institution after refusing to accept the unjust suspension for almost two years.

“I did not know anything about UN Watch, and I have not undergone any courses related to UNRWA’s regulations on neutrality. I work as a contractor by the day,” said Huda in her address about the decision.

Moreover, UN Watch has targeted the educational programs at Palestinian schools in Lebanon, Syria, and Palestine, accusing the UN-funded institutes of supporting a radical program that incites violence against Israel.

Earlier in February, Arab states slashed their support to UNRWA from $200 million to just $20 million, compromising its efforts to resume its operations at full capacity.

This comes as part of a broader ploy to dismantle UNRWA, according to Palestinian officials who raised concern about the lack of “sufficient and sustainable” assistance for the agency.