Home News World Cup is an occasion to bring people together in peace and joy, something deeply needed in the turbulent times we live in 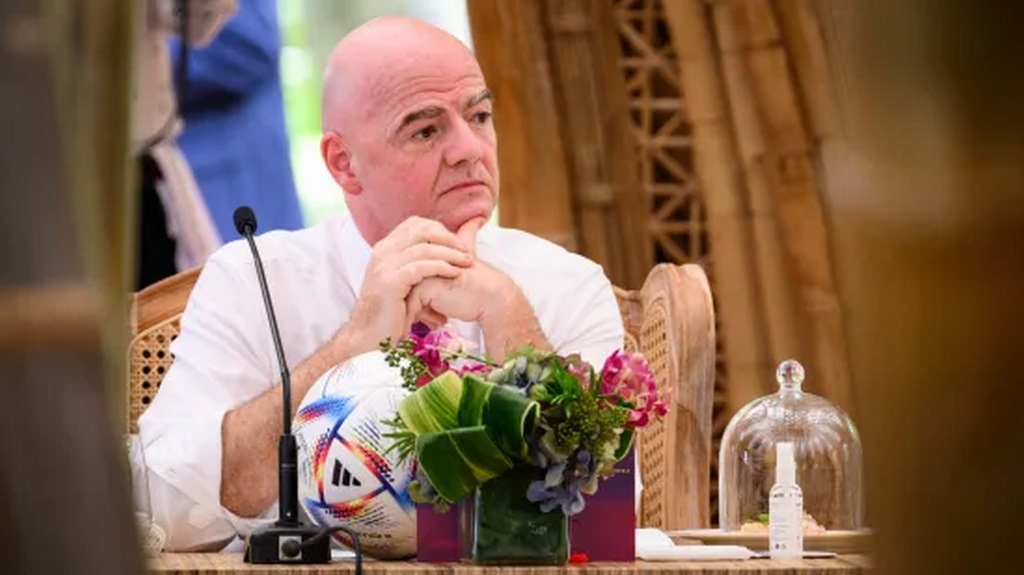 World Cup is an occasion to bring people together in peace and joy, something deeply needed in the turbulent times we live in

Association for Defending Victims of Terrorism – According to FIFA website, FIFA President Gianni Infantino has made a direct plea to world leaders gathered in Indonesia for the 17th Group of Twenty (G20) summit to call for ceasefire during FIFA World Cup Qatar 2022 and to begin dialogue as a first step to bring the conflicts to an end.

Addressing assembled heads of state at the intergovernmental forum, which comprises of 19 countries and the European Union, the FIFA President said: “Football is a force for good. We are not naïve to believe that football can solve the world’s problems.

We know that our main focus as a sports organisation is and should be sports, but because Football Unites the World, this particular FIFA World Cup, with five billion people watching it, can be a trigger for a positive gesture, for a sign or a message of hope.”

“Russia hosted the last World Cup in 2018, and Ukraine is bidding to host the World Cup in 2030,” the FIFA President said, when identifying their 2030 bid together with Portugal and Spain, among other bidders.

“Maybe, the current World Cup, starting in five days, can really be that positive trigger. So my plea, to all of you, is to think on a temporary ceasefire, for one month, for the duration of the FIFA World Cup, or at least the implementation of humanitarian corridors, or anything that could lead to the resumption of dialogue as a first step to peace. You are the world leaders; you have the ability to influence the course of history.”

“Football and the FIFA World Cup are offering you and the world a unique platform of unity and peace all over the world,” President Infantino added. “So let’s take this opportunity to do everything we can to start putting an end to all conflicts.”