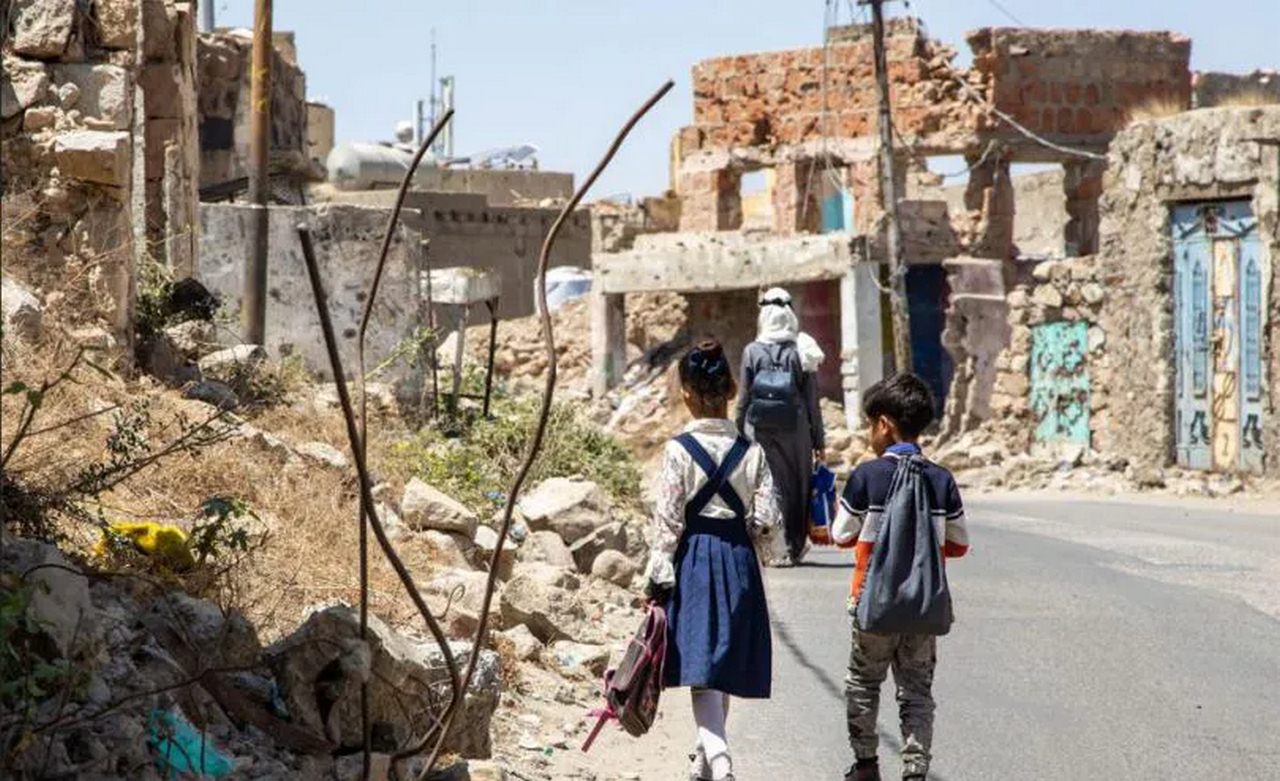 Association for Defending Victims of Terrorism – According to Save Children website, children in Yemen are demanding warring parties recommit to preventing attacks and violence against civilians this World Children’s Day, as the conflict escalates with an average of one child killed or injured every day this year, Save the Children said.

Children from Taiz told Save the Children that since the six-month UN-led truce ended this October, they constantly fear for their lives when they are playing outside or walking to school, and safety is their most pressing concern.

“Before the truce, our minds would always be on high alert, imagining that a shell might fall at any second,” said Diana*, 14, from Taiz. “We never felt safe. However, during the truce, we felt safe going out and playing as well as going to school and studying. We knew nothing would happen because there is a truce.”

Despite the positive gains made for children during the nationwide truce, more than 330 Yemeni children have been killed or injured in the war so far this year.

The conflict in Yemen has been characterised by the intense use of explosive weapons, including thousands of air strikes, artillery and mortar shells, as well as landmines and other explosive ordnance. These types of tactics have caused unspeakable harm to children, resulting in deaths, injuries, lifelong disabilities, and the destruction of civilian infrastructure.

“A mortar shell killed one of my relatives. There is no safety in our world. We are fearful at school, fearful at the hospital. Everything is surrounded by fear,” said Ruba*, 17, from Taiz. “No matter what we do, we are frightened. We cannot play, study, or go out without fear. We always worry about falling shells or shooting erupting, we’re never safe.”

Save the Children organised hearing sessions with children across Yemen, including Ruba and Diana, to mark World Children’s Day on 20 November. Children attending the workshop in Taiz are calling for the following three recommendations to be considered by decision-makers and humanitarian actors to ensure Yemen becomes a better place for children:

Save the Children’s Country Director for Yemen, Rama Hansraj, said:

“Our teams in Yemen regularly meet children who have been robbed of their childhood and their fundamental right to life. Children are killed, maimed, abused, and forced to worry about survival in Yemen every single day.”

“There can never be a justification for killing or abusing children, and the world must act now to stop the impunity of these crimes. Yemen’s future depends on its children, and their safety and well-being are the true indicators of peace and stability. We must listen to the voices of children like Ruba and Diana and work alongside them to invest fully in shaping a better tomorrow.”