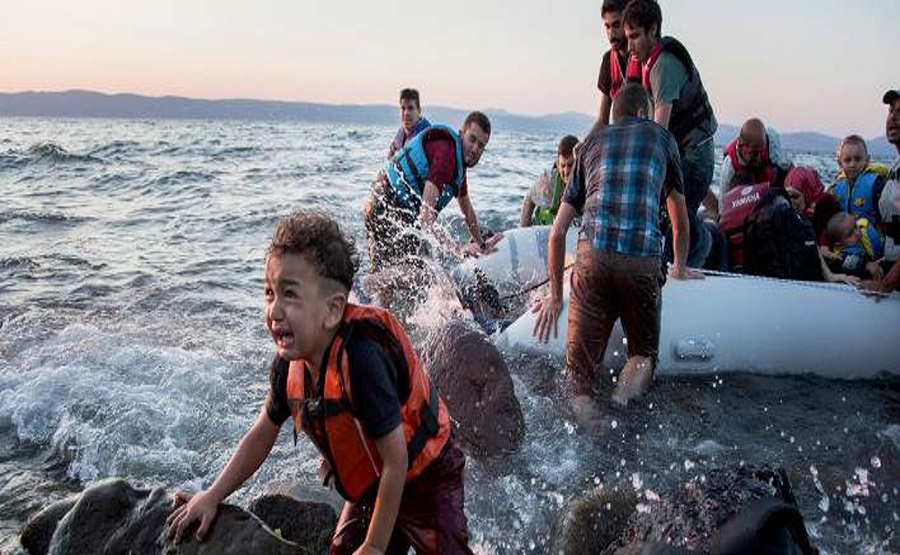 19 May 2017 – Nearly 3,000 migrants were rescued trying to cross the Mediterranean Sea, according to the United Nations migration agency, which also reported that more than a dozen rescue operations were under way in the area yesterday.

Citing the UN International Organization for Migration (IOM) in Rome, IOM spokesperson Joel Millman told reporters today at the regular bi-weekly press briefing in Geneva that: “2,139 migrants had been rescued on 18 May alone through more than a dozen different operations in Mediterranean international waters. Additionally, IOM learned of about 500 people rescued in Libyan waters that day.”

While exact casualty numbers were not known, IOM’s Libya office has reported the remains of six migrants that were found over the past four days in various spots and communities on the Libyan coast.

Mr. Millman noted that it is quite possible that some of those had been from a previous shipwreck or perhaps all from new wreckage, which IOM is still trying to determine.

He also highlighted the numbers who had been crossing from Greece in the first four months of 2017.

“Almost 6,000 people have come through Greece in 2017 – 5,200 through the end of April – which was a low number compared to the numbers in 2016 and 2015. Of those 6,000, half came from Syria and Iraq. Following those two countries, cones Congo, Algeria, Kuwait, or Cameroon, ahead of countries like Afghanistan or Iran, that have been countries of origin of many migrants in the past,” Mr. Millman explained.

“Observing this,” he continued “one could wonder about the degree to which Turkey continues to be an escape valve for the Iraq and Syria conflicts. It is surprising how many other country nationals seem to be accessing Turkey to make the voyage to Greece, including Haitians and Dominicans who have been seen coming to Greece through Turkey.”