Home News Terrorism has nothing to do with religions, but it is caused by corrupt minds, sick hearts and arrogant souls 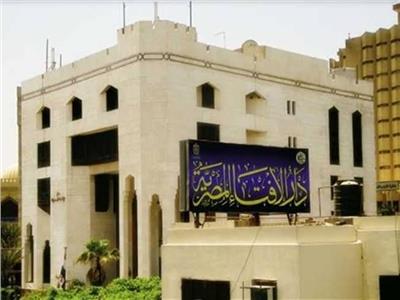 Association for Defending Victims of Terrorism – According to Al-Balad, Mohammad Shehta discussed the relationship between Islam and terrorism based on the Fatwa of the Egyptian Dar al-Fata in an article. He states in this article:

What is Islam’s approach to terrorism? Egypt’s Dar al-Efta took a decisive position at a time when Western propaganda against Islam and calling it terrorism was on the rise.

Dar al-Efta of Egypt had a title in this regard, fear-mongering or what is known as terrorism in the international community, cannot originate from religions, but is the result of corrupt minds, cruel hearts and arrogant souls, and the human heart is not corrupt and divine. He knows nothing about destruction and arrogance.

In the continuation of the fatwa, it is stated that Islam is a religion of tolerance and peaceful coexistence with all people and human societies, and the religion of Islam looks at man as a creature with dignity and does not pay attention to his religion, color and gender. It is stated in the Holy Qur’an, “And We have bestowed upon the children of Adam and carried them on land and sea, and bestowed upon them some of the good things, and we have favored them over many who are faithful to the creation.

Also, this fatwa points out that the religion of Islam recommends establishing communication and cooperation between Muslims and others in a society, and God has commanded us to cooperate with non-Muslims in all good ways.

In the continuation of the fatwa, we read that no one who knows Islam knows the extent of Islam’s concern for world peace, and Salam (peace) is one of the divine names and one of its attributes. God chose such a word as a greeting and ordered Muslims to use this word as a greeting in all places (mosque, factory, market, etc.) and social relations. From this, it is clear that Salam (Peace) is the motto of Muslims around the world since the advent of Islam until now.

In another part of the fatwa, it is stated, in this way, we do not consider the attacks of the crusaders to be caused by Christian teachings, and we differentiate between the Christian religion and the implementation of those teachings among some terrorists. And we do not consider the clear terrorism committed by the Zionist regime from Jewish religious teachings. Because religions have come for the mercy of humanity and promoting justice and tolerance among humans.