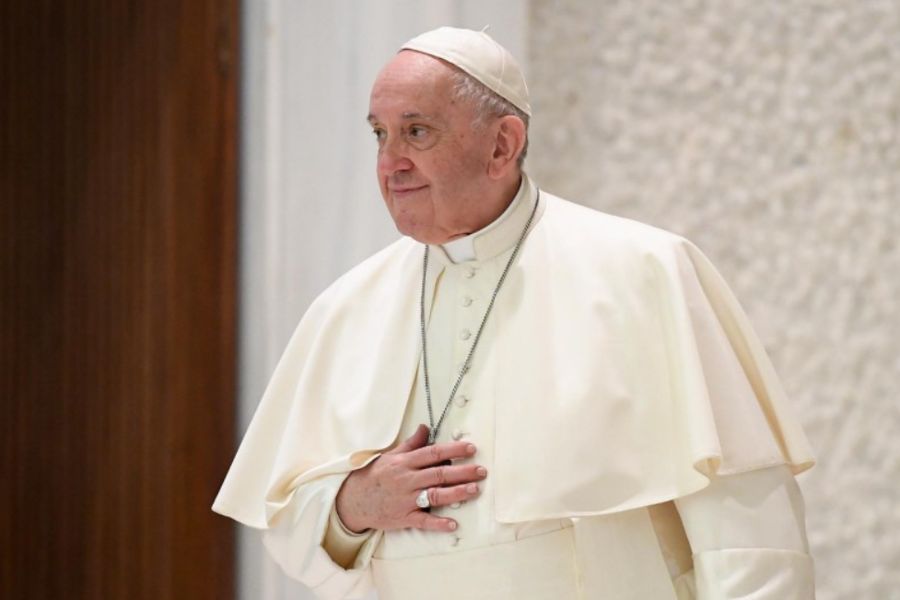 Association for Defending Victims of Terrorism – According to Vatican News, addressing members of the NGO “Leaders pour la Paix”, Pope Francis stresses that using weapons to solve conflicts is a sign of weakness and fragility, and emphasizes the crucial importance of education for peace building.

The organization was launched in 2017 by the former French Prime Minister Jean-Pierre Raffarin to educate public opinion about international crises and to promote innovative initiatives in support of peace.

In his address the Pope Francis thanked the organization for its work, and specifically for the Itinerant School of Peace it is holding at the Pontifical Lateran University in Rome, noting that as well as forms of reconciliation and shared values, peace requires “paths of education and formation”.

“We have realized that the human family, threatened by war, runs a more serious danger: the lack of will to build peace.”

Building peace “demands us to be creative, if necessary, to go beyond the usual schemes of international relations”, and at the same time to oppose those who rely on war as a means of resolving disputes, the Pope said,  remarking that the sacrifice of human lives, suffering and destruction are not “side effects” of war, they are “international crimes”.

Using weapons to solve conflicts, the Pope insisted, “is a sign of weakness and fragility”. Instead “negotiating, mediating and starting conciliation requires courage”, the courage “to become builders of universal fraternity, which finds strength in the diversity and unity of aspirations that are common to every person”.

The Pope went on to stress that even more courage to work together is required to address the challenge of the last ones/ “who ask not for a theoretical peace, but for the hope of life”.

Pope Francis concluded by invoking the grace of God upon the “Leaders pour la Paix”and their work.

Among its members are the former UN Secretary General Ban Ki-moon, the former President of the European Parliament, Hans-Gert Poettering, the Nobel Peace Prize laureate for 2015, Wided Bouchamaoui.