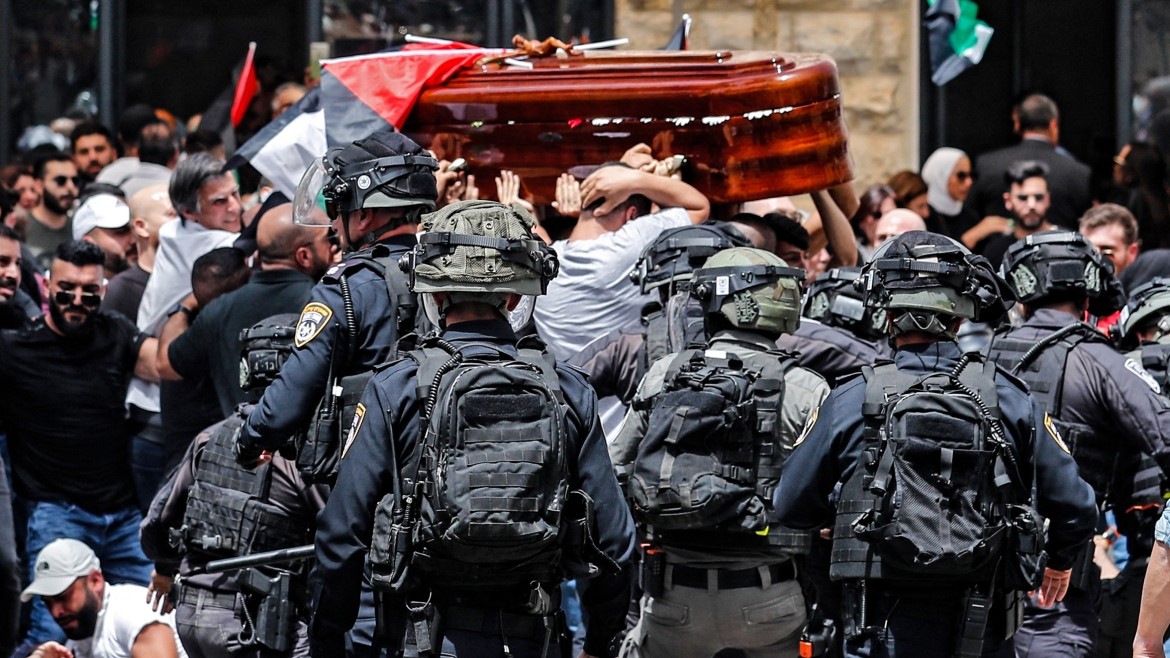 Association  for Defending Victims of Terrorism – In a report, Al-Jazeera said that it sent an official request to the International Criminal Court (ICC) calling for an investigation into the murder of its renowned veteran, Palestinian-American journalist Shireen Abu Aqla, and the prosecution of those culpable.

Abu Aqla was shot dead by Israeli troops on 11 May as she was covering a raid in the Jenin refugee camp.

According to Rodney Dixon KC, Al-Jazeera’s lawyer, the request to the ICC is submitted under the “context of a wider attack on Al-Jazeera and journalists in Palestine.”

Israel has for years been systematically targeting and killing Palestinian journalists. Al-Jazeera, in particular, has been subject to this targeting, and even had its headquarters in Gaza bombed during last year’s Sayf al-Quds battle.

“The focus is on Shireen, and this particular killing, this outrageous killing. But the evidence we submit looks at all of the acts against Al-Jazeera because it has been targeted as an international media organization … And the evidence shows that what the [Israeli] authorities are trying to do is to shut it up,” he added.

In a statement released on 6 December, Al-Jazeera said that newly obtained evidence “confirms, without any doubt” that there was no shooting on the scene except that of Israel’s forces, contradicting the Israeli narrative that Abu Aqla was hit by Palestinian crossfire.

Moreover, the evidence indicates that Abu Aqla and her associates were fired upon directly by the occupation forces, the statement adds.

The ICC has reportedly reviewed the evidence, and will make a decision on whether or not it will launch an investigation. The uncertainty comes naturally, as Israel has attempted to shut down any form of an objective inquiry into the incident since it took place.

Despite this, independent investigations by the UN, human rights groups, and western media outlets have all concluded that Abu Aqla was deliberately shot by an Israeli soldier.

Last month, the White House disavowed an FBI investigation into the killing – which had already previously been condemned as “inconclusive” and biased by Abu Aqla’s family members – in order to appease Israel.

“Al Jazeera reiterates its commitment to achieving justice for Shireen and to exploring all avenues to ensure that the perpetrators are held accountable and brought to justice,” the media network concluded in its statement.