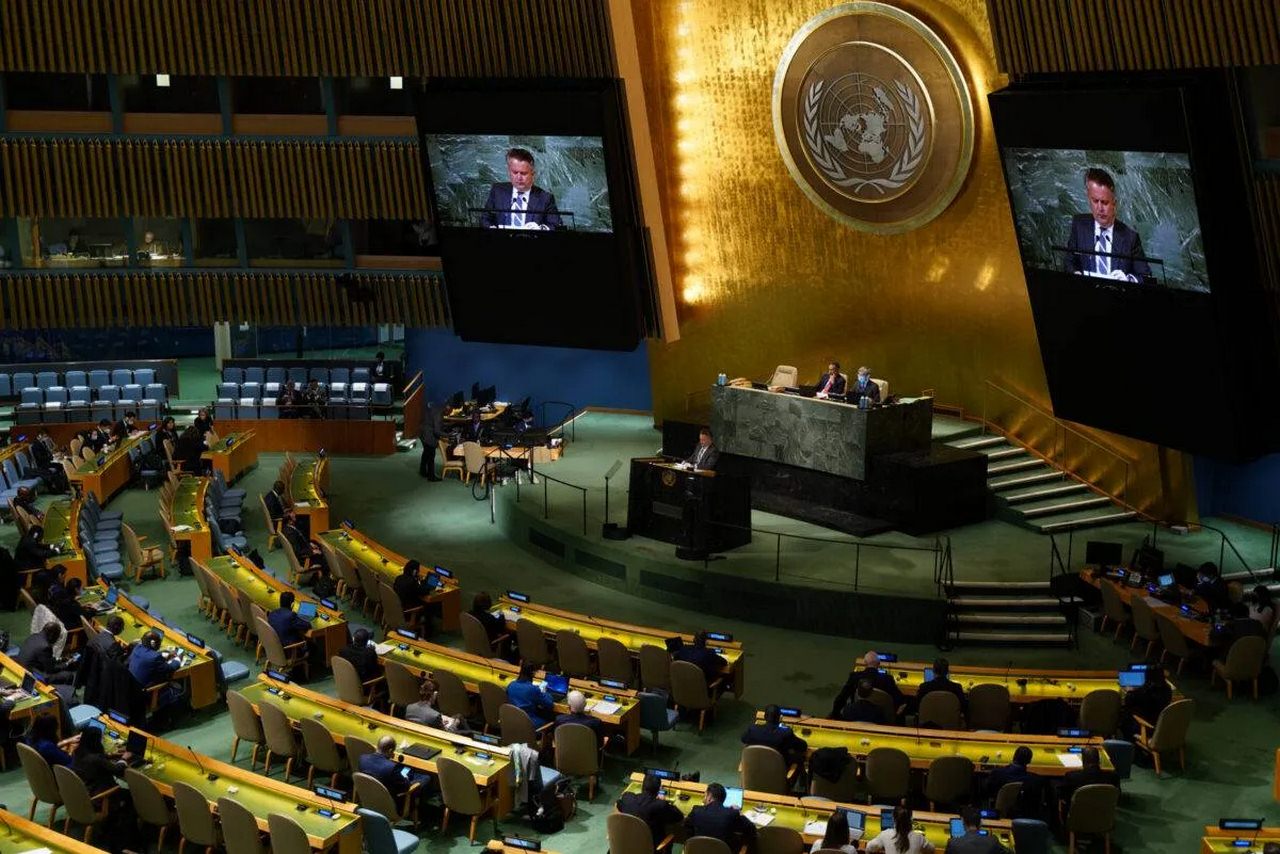 The world body call Israel that accede to Non-Proliferation Treaty

Association for Defending Victims of Terrorism – According to UN website, the UN General Assembly has called on Israel to take “immediate steps” to surrender its nuclear weapons and implement UN resolutions fully on the establishment of a nuclear weapon-free zone in the Middle East.

The General Assembly vote was carried 149-6 yesterday. Israel, Canada, Micronesia, Palau, the US and Liberia opposed the resolution, while another 26 countries abstained, including India and many European states.

Among other provisions, the draft resolution called for immediate steps towards the full implementation of the resolution on the Middle East adopted by the 1995 Non-Proliferation Treaty. The key component of the package deal adopted in the treaty calls for the creation of a Middle East “zone free of nuclear weapons as well as other weapons of mass destruction” including “their delivery systems.”

The world body insisted that Israel must “accede to the Treaty without further delay, and not to develop, produce, test or otherwise acquire nuclear weapons, to renounce their possession and to place all its unsafeguarded nuclear facilities under full-scope International Atomic Energy Agency (IAEA) safeguards.”

Israel’s possession of nuclear weapons is an open secret. Although it’s widely believed to have a stockpile of nuclear weapons, the apartheid state neither acknowledges nor denies the existence of a nuclear arsenal. Israel is not a party to the Non-Proliferation Treaty and has not accepted IAEA safeguards on some of its principal nuclear activities.

Western countries have generally tolerated Israel’s policy of nuclear ambiguity despite the threat it poses to the region.