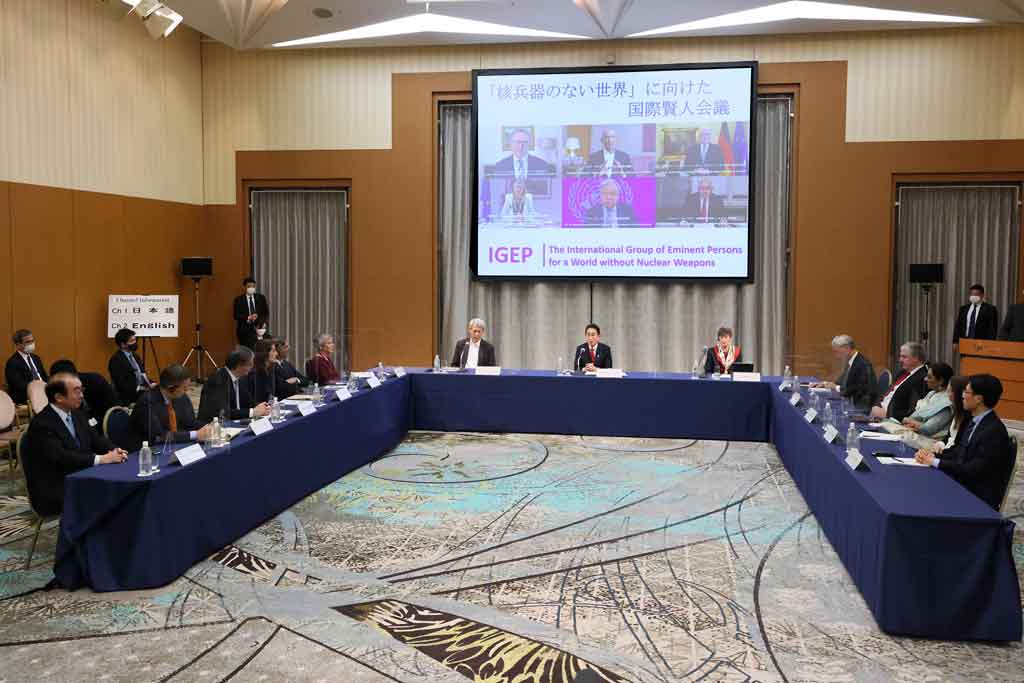 Association for Defending Victims of Terrorism – According to NHK the first meeting of an international forum launched by Japanese Prime Minister Kishida Fumio to discuss nuclear disarmament opened on Saturday in Hiroshima, western Japan.

Delegates from both nuclear powers and non-nuclear states are taking part in the two-day meeting of the International Group of Eminent Persons for a World without Nuclear Weapons.

Kishida’s message was read out at the opening session by State Minister for Foreign Affairs Takei Shunsuke.

The prime minister said in the message he sincerely hopes that discussions at the forum will be an important step for boosting international momentum toward a world free of nuclear weapons.

Former US President Barack Obama sent a video message. In 2016, Obama became the first sitting US president to visit the atomic-bombed city of Hiroshima.

Obama noted that in recent years “there have been some frustrating setbacks” in reducing the threat of nuclear weapons.

He said, “We’ve learned that even modest progress requires extraordinary effort. But we have also learned that this effort is worth it.”

He added, “We owe it to our children to pursue a world without nuclear weapons.”

He said, “Hiroshima is the living symbol of the tragedy of nuclear weapons and the hope for peace. Nothing embodies this spirit more than the brave hibakusha.”

He urged people to heed the calls of atomic bomb survivors for an end to nuclear threats.