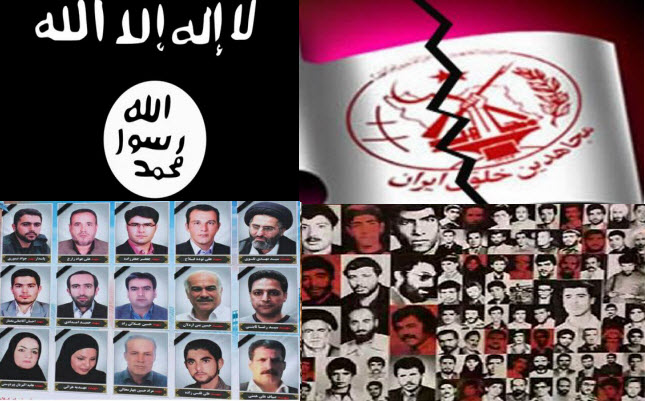 The bloody terrorist tragedy in Tehran which injured and killed 63 people, reminded the public opinion of the criminal activities of MKO in the past decades, especially for the families of the affected people.

In the beginning of the third millennium, the world challenges the spread of terrorism as the most important threat for the world community. Violence and extremism are the essence of terrorism and it leads to victimization of thousands of innocent people. Terrorism has gone beyond the defined national and regional borders and plays role as the most important cause of horror and threats to international peace and security; the role which is more obvious due to the negligence and imprudence of the heads of some states and international bodies. Today, terrorism has crossed an ideological extremism and is used as an instrument for imposing the determination of hegemonic system on other nations and states which has led to disasters against humanity all over the world.

The reason can be found in the absurd and inhumane statements of US officials, especially Donald Trump’s repugnant reaction to Tehran attacks. Although Trump’s response or his support for Tehran attacks was denounced by other US officials, it shows that double standards policy toward terrorism is the permanent strategy of hegemonic states which sometimes support MKO and sometimes support ISIS. No doubt, the approach may discredit and weaken the position of the United States in the international arena. One can see its evidence in the strained political relationships with the world so it is necessary for the American elites and intellectuals to find a solution to end the current situation.

Iranian families of victims of terrorism consider Trump’s stance as an absurd, inhumane response which is not suitable for a high-ranking political official. On one hand it has surprised the human community; on the other hand it can be considered as support for ISIS whose barbaric crimes are rare in the history of the world and has spread from West to East.

The hegemonic strategy based on instrumental use of terrorism is the main origin of terrorism and horror and continuation of human disasters in the international arena. Its bloody consequences have challenged the world community and the future of the world.

Condemning Tehran attacks, Association for Defending Victims of Terrorism, consisted of families of victims of terrorism, expresses its condolence and sympathy to the victims’ families and hopes those injured in the attacks recover and declares that the only way to free the world from terrorism is a social consensus with the centrality of the United Nations and based on international laws so that no one is victimized by terrorism in the world.