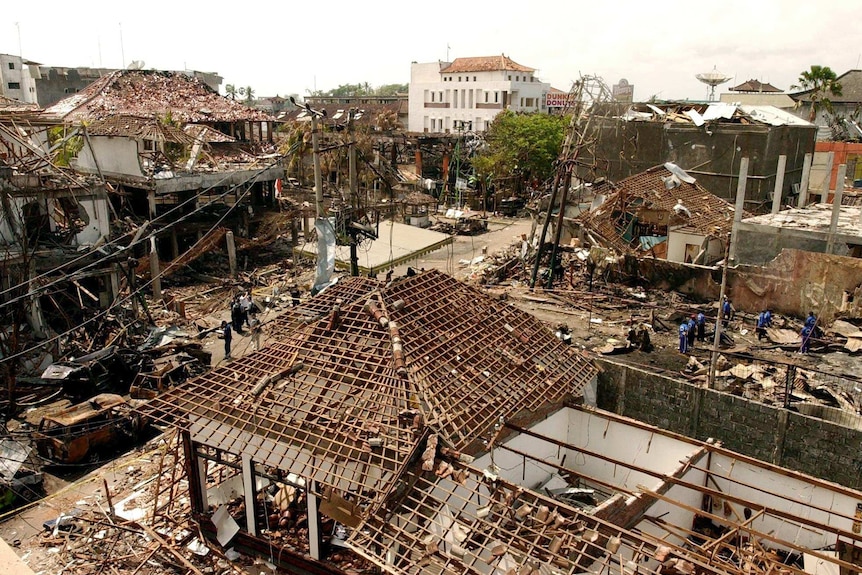 Association for Defending Victims of Terrorism – BBC reported that after the deadly bombings on two Bali nightclubs in 2002, some survivors say they got a “life sentence”.

On Wednesday, the man who crafted the bombs that killed Mr Csabi’s friends and left him a double amputee was freed from an Indonesian prison.

Indonesia says Umar Patek has been deradicalised, but his parole has sparked anger – particularly in Australia, where 88 victims were from.

Some 202 people from 21 nations were killed in the blasts on 12 October that year. It remains Indonesia’s deadliest terror attack.

Patek was accused of being a bombmaker for Jemaah Islamiah (JI) – a group inspired by al-Qaeda – and spent almost a decade on the run.

He was jailed for 20 years in 2012, serving just over half of his initial sentence.

Indonesian authorities say he no longer poses a threat and is eligible for release after a series of sentence reductions for good behaviour.

Jan Laczynski, an Australian who lost five friends in the bombings, said he was among those shocked and angry.

“This guy gets his life back again. For a lot of us we’ll never get our lives back again,” he told the BBC on Thursday.

He described it as “another kick in the guts” after last year’s release of Abu Bakar Ba’asyir – the alleged mastermind of the attacks – who had served a sentence unrelated to the bombings.

Mr Csabi, who’s also Australian, said the decision has also sparked fear. “You like to feel safe – we all do – and now I don’t feel as safe as I was.

“If they’ve still got views of hatred, then there is a great possibility that they could incite another bombing.”

“I’ve seen him in jail, I’ve seen him close up. He didn’t seem deradicalised to me…. I don’t buy that at all.”

The Australian government lobbied against Patek’s release and says it will press Indonesian authorities to promise constant surveillance of him.

Australians had “every right to be disappointed and concerned by this news”, minister Chris Bowen said on Thursday.

Patek’s release is particularly hurtful because of its timing, both Mr Csabi and Mr Laczynski say. It is just weeks after the 20th anniversary of the bombing and days out from Christmas.

Patek is required to join a “mentoring programme” until April 2030 and if any violation is discovered his parole will be revoked, a statement from the Indonesian ministry of law and human rights said.