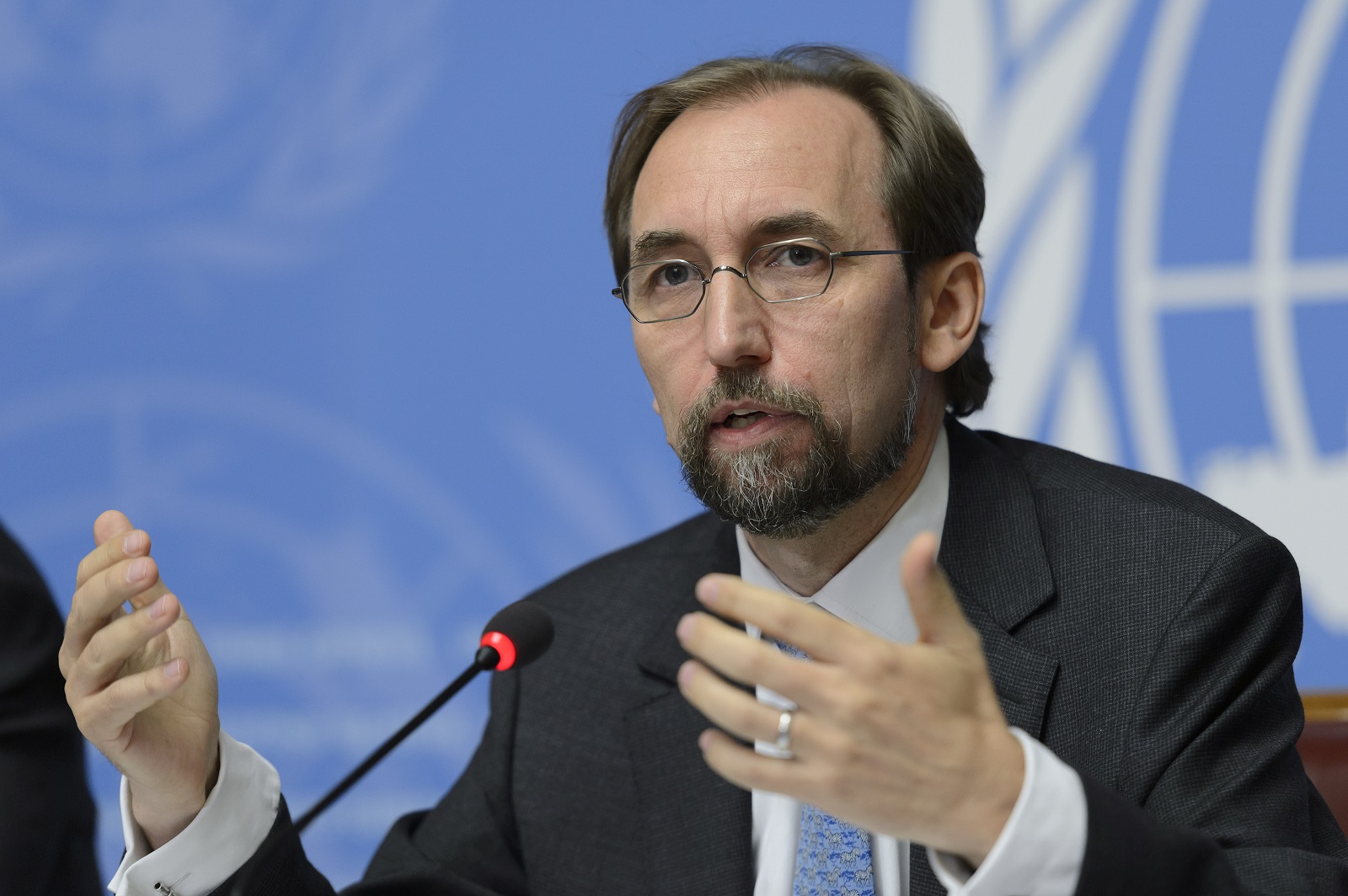 epa04932847 UN High Commissioner for Human Rights Zeid Ra'ad Al Hussein of Jordan speaks on the UN Human Rights Office report on Sri Lanka during a press conference at the European headquarters of the United Nations, in Geneva, Switzerland, 16 September 2015. There are strong indications that both Sri Lanka government forces and Tamil rebels committed war crimes and crimes against humanity during the civil war, the UN human rights office found in a report. EPA/MARTIAL TREZZINI

full cooperation with any such investigation to ensure perpetrators are identified

We deplore Thursday’s attack in Yemen, when a coalition air strike hit Dahyan market in Saada, reportedly killing 40 people and injuring another 60, with children on a bus among the casualties.

According to initial information our Office has gathered, at least 21 boys, most of them aged under 15, were among those killed and 35 other boys were injured.

These latest deaths come amid a recent spike in civilian casualties over the last week that tragically demonstrates how the conflict continues to blight the lives of Yemenis.

Concerning last week’s attacks in the port city of Hudaydah, our Office in Yemen has documented that at least 41 civilians, including six children and four women, were killed and 111 others injured, among them 19 children and three women.

At least three attacks hit the city on 2 August, which is controlled by the Houthis, with mortars landing in different locations in Al Hawak district. These include Hudaydah fishing port where mortars stuck the dock and hangar, at the time full of fishermen and street vendors.

Shortly afterwards, three mortars fired in quick succession hit Al-Thawra Hospital and its surroundings, also causing many civilian casualties. The first landed in the street in front of the hospital, which was full of traffic, street vendors and pedestrians. The second landed on a nearby road and the third hit and destroyed the hospital archive.

We once again call on all parties to the conflict to respect their obligations under international humanitarian law, including their obligation to respect the principles of distinction, proportionality and precaution. They should take all feasible precautions to avoid, and in any event to minimise, the impact of violence on civilians. We would also recall that any attack which directly targets civilians not directly taking part in hostilities or civilian objects amounts to a war crime.

We also remind the parties to the conflict that hospitals must be respected and protected in all circumstances. In addition to their immediate impact, attacks affecting hospitals and other medical facilities have a long-term impact on availability and accessibility of health services.

The ongoing conflict and loss of life in Yemen underscores the importance of the work of the Group of Eminent Experts on Yemen and the need for a continued international investigation into all allegations of violations of international humanitarian law. We urge the parties to the conflict to provide full cooperation with any such investigation to ensure perpetrators are identified, brought to justice and held accountable no matter where, when, or by whom such violations or abuses were committed. Those found to be responsible must also uphold the right of victims to remedy and reparations.

In another development, the de-facto authorities in Sana’a in June refused to renew the visa of the head of the UN Human Rights Office, and since then he has been unable to re-enter the country. They provided no reason for their decision and our requests for them to reconsider have, to date, gone unanswered. This has heightened our concerns for the safety of our staff and field monitors in Sana’a and other governorates across Yemen, and we urge the Houthis to reverse their decision.