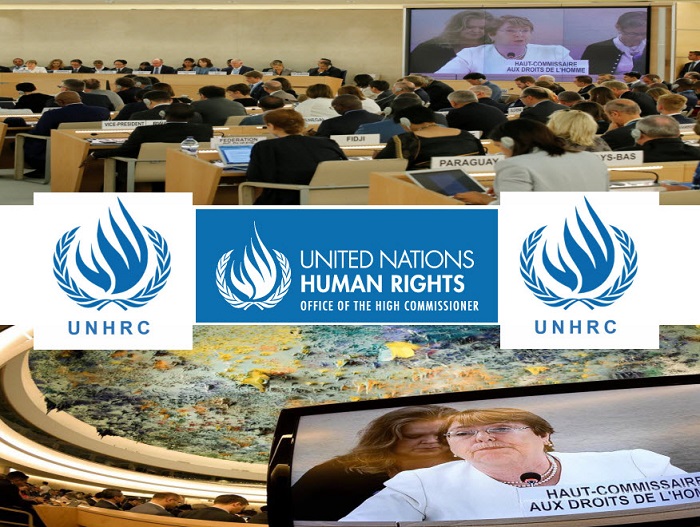 human rights are a powerful medicine, which heals wounds and develops resilience

human rights are a powerful medicine, which heals wounds and develops resilience

In Syria, we are deeply concerned about the ongoing military operations in Idlib and nearby areas, and their impact on up to three million civilians who live there. We remind all parties to the conflict that they must adhere strictly to all relevant principles of international humanitarian law in the conduct of operations – and that no efforts should be spared to minimize the impact of armed conflict on civilians and to ensure their protection, including access to aid – and to humanitarian corridors to permit them to safely leave conflict-affected areas, should they choose to do so.In much of the rest of the country, armed conflict has diminished or ceased, and an estimated 80 per cent of the population now lives in Government-controlled territory. It is essential that measures be taken to address the root causes of the conflict and the rights of all Syrians – including the millions of people who have been wounded or detained, suffered the loss of family members through death or disappearance, or whose property and future have been devastated. Accountability must be a corner-stone of the country’s future.

Regarding Yemen, I urge all parties to take stock of the gravity of the findings of the Group of Eminent Experts. They have identified a number of individuals who may be responsible for international crimes, and that confidential list is now in the Office. It is crucial that there be continued international and independent investigations into all allegations of violations of international humanitarian law and war crimes – particularly in light of the apparent inability of the parties to the conflict to carry out impartial investigations. Last month’s shocking strike on a bus carrying schoolchildren was followed by another horrific series of airstrikes which left dozens of civilians and children killed and injured in Al Hudaydah. I note the recent statement by the Coalition acknowledging mistakes over the airstrike on the school bus in Sa’ada, and I will be closely following what steps are taken to hold the perpetrators accountable and provide remedy and compensation to the victims. There should be greater transparency over the coalition’s rules of engagement and the measures taken to ensure that such tragedies are not repeated. The recent Saudi royal order which appears to provide a blanket pardon to members of the Saudi armed forces for actions taken in Yemen is very concerning.

In Saudi Arabia, the recent crackdown on peaceful human rights defenders, especially defenders of women’s equality and women’s rights, is deeply disturbing. Samar Badawi and Nassima Al-Sadah were, according to our sources, arrested on 30 July 2018 and have been held incommunicado since then. The prosecutor’s recommendation of the death penalty for Israa al-Ghomgham, reportedly on charges related to participation in protests, is of serious concern. These and other arbitrary arrests of peaceful activists for the collective good sharply contradict the spirit of the country’s proclaimed new reforms. We call on the authorities to release all individuals detained for exercising their fundamental freedoms.

Iraq has recently emerged from a traumatic armed conflict that has devastated the lives of millions of its citizens and destroyed many areas of the country. With the military defeat of ISIL, the country can now concentrate on the processes of rebuilding and healing that must take place if the country is to finally put an end to recurring cycles of violence. Caring for the many thousands of victims of crimes and human rights violations and abuses, particularly those perpetrated by ISIL, will be vital to this process. Furthermore, addressing the root causes of conflict, including decades of abuses and violations, will be essential for the country to enjoy the benefits of peace and development. During the past two months, at least 25 people have been killed and some 500 injured in the context of protests and escalating violence, in Basra and elsewhere. Some positive measures have been taken by the government in response to the longstanding economic and social grievances at the root of the unrest. However, the government should take action to ensure the right of peaceful assembly and address the need to ensure that all people, without discrimination, have access to basic services – including justice and protection from physical and sexual violence. Only when decision-making processes are truly inclusive of all segments of Iraqi society, and its diverse communities, can they ensure peaceful solutions to the challenges the country faces.

In Bahrain, a large number of cases of revocation of citizenship has been reported to the Office. The legislation underpinning such actions should be reviewed in line with Bahrain’s obligations under international law.Reports of possible exclusion of Bahraini citizens from the forthcoming elections of the National Assembly are disturbing. All human rights defenders who are currently arbitrarily detained should be released, including Nabeel Rajab.

Iran’s dialogue with the Office and strengthened engagement with international human rights mechanisms are welcome, together with the recent amendment to drug-trafficking legislation, which abolishes the mandatory death penalty for some offences. The Government should be encouraged to ensure that the review of all cases is transparent, with due process guarantees such as effective legal representation. Continued use of the death penalty for juvenile offendersis deeply troubling and should be prohibited in all circumstances, with the sentences of those currently on death row commuted. I deeply deplore the executions last week of three Iranian Kurdish prisoners, despite the serious concerns raised by Special Procedures mandate holders that they were not afforded fair trials, and were subjected to torture. Recent arrests and ill-treatment of a number of human rights defenders and lawyers are deplorable. All those detained for peacefully exercising rights to freedom of expression and association should be released.