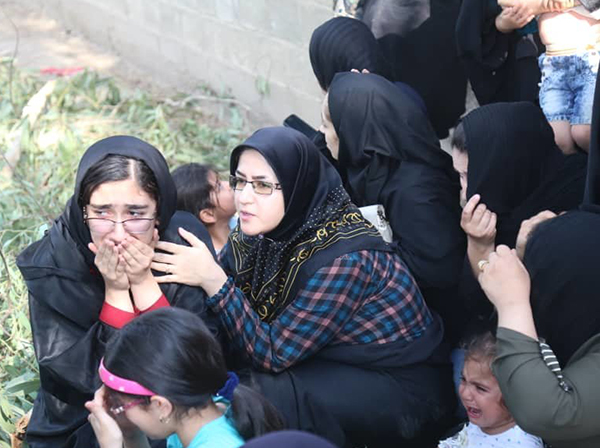 In a bloody terrorist attack 24 people were killed and 60 were injured in Ahvaz yesterday. It reminds people of Ahvaz and Iran of the crimes of terrorist cult including Mujahedin-e Khalq

The world today faces with a dilemma called “Terrorism Organization” which is organized by hegemonic system. The organization is based on violence and extremism, and the victimization of thousands of innocent people is its tangible result for the human society.

Terrorism has gone beyond an ideological radicalism and become as an instrument for imposing the hegemonic will on other nations and states which can led to anti-human catastrophes all over the world.

The reason for the claim is the double standard policies toward this heinous phenomenon in the international arena and terrorist cults enjoy it in various forms.

The strategy of instrumental use of terrorism is the main cause of spreading terrorism and insecurity at international level. Its bloody consequences severely challenge the international community and cause the human future to be in ambiguity and uncertainty.

Representing the families of the victims and survivors of terrorism, Association for Defending Victims of Terrorism condemn this terrorist attack, offer condolences to and express  sympathy with the victims’ families and hope the injured people are treated and declare that the only way to free the world from the dilemma of terrorism, is to reach a global consensus based on the United Nations and the strengthening regional cooperation based on the rules and regulations of the international system, so that no human will be the victim of such disasters anywhere in the world.