Home Interview I will curb terrorism with revelation 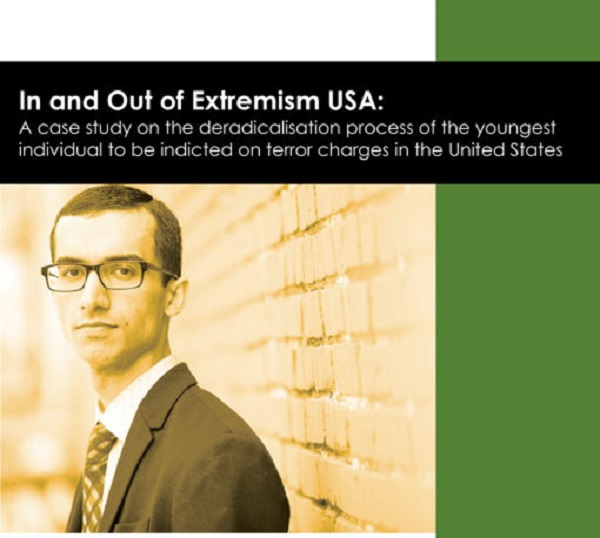 I will curb terrorism with revelation

Mohammed Khalid, at 15, was the youngest person ever prosecuted for terrorism offenses in the US. In his first interview since his release he talks about his new mission: fight extremi

The moment he was slammed against a wall by an FBI agent on the doorstep of his parents’ home and taken away in handcuffs, the distorted world Mohammed Khalid had constructed for himself came crashing down.

He was about to become notorious as the youngest person ever to be prosecuted for terrorism offences in the US and would be sentenced to five years in prison for his part in an online jihadist plot to kill an artist from Sweden who had drawn the head of the prophet Muhammad on the body of a dog. 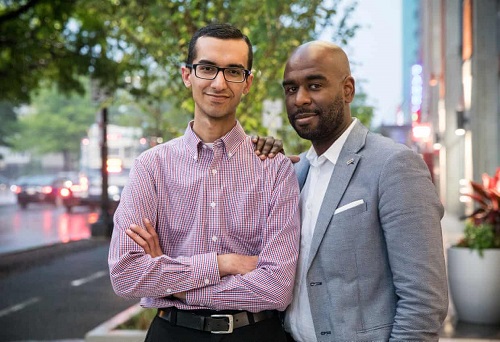 He was only 15 years old when the criminal activity began, after a rapid descent into extremism. It started with him on the receiving end of high school bullying and led swiftly from watching YouTube videos about Islam, to becoming groomed, and drawn into an ill-formed conspiracy, hatched inside a jihadist chatroom.

Now, after almost six years in prison and immigration detention, Khalid is out, and beginning what he sees as a lifelong effort to make amends for what went wrong in his life as he tries to become “a wholesome person”. 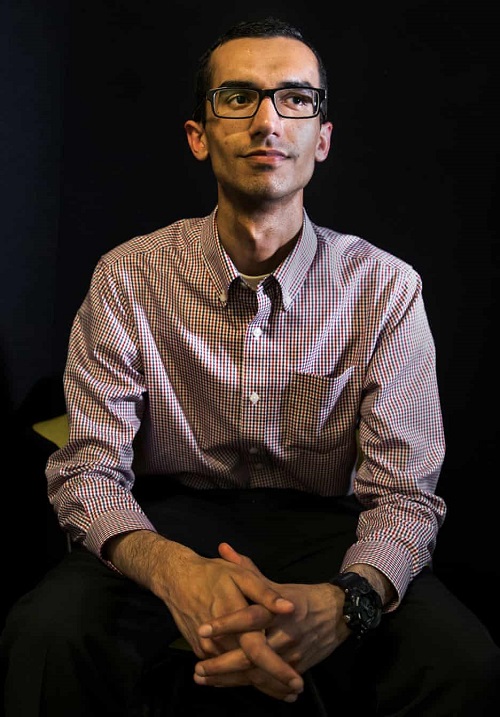 In his first interview since his release, he spoke of his desire to become an American citizen and to make a career in cybersecurity and counter-terrorism to help thwart extremists. “I think revenge is too strong of a term, but I had a little bit of a realisation that people who had misguided me would most likely misguide someone else,” he said.

“I was the youngest person in this country to be charged and convicted of these crimes, but the next person could be someone who is even younger than me. How to stop that from happening, that’s something important to me.”

He had come to meet in Washington DC from the local college in Maryland where he has just completed the first year of a course in cybersecurity. He has ambitions to go to university, but understands that his past will put formidable obstacles in his way.

With the Quilliam Foundation counter-extremism organisation, he is publishing a long personal account of what made him an extremist and how the kindness of juvenile detention staff led him to be deradicalised behind bars, and sets out his hopes that in telling his own story he can help others resist what he describes as “the charismatic appeal of online extremists and terrorist groups”.

‘I felt isolated, lost, and alienated’

After his arrest in 2011, he was diagnosed with Asperger’s syndrome. It was clearly a factor in his disappearance into an online world, where the extremists who groomed him let

him talk about his problems without the intimacy of face-to-face contact.

He admits he struggles with social interactions but says he realises he must push himself out of his comfort zone. He says he writes more eloquently than he speaks, and it is true his long, rapid and complex sentences sometimes lose their thread.

But he is clearly smart and says his years in custody and detention helped him learn to start to enjoy connecting with people and finding out about them, including helping other inmates study for education diplomas.

High school was quite different for him. He writes of his struggle to settle, aged 13, after his family moved from Pakistan to the US, in 2007, to join his father in Maryland.

George W Bush’s war on terror was at a high watermark and he was soon facing crude taunts from high school kids who branded him as a terrorist because he was called Mohammed. “I felt isolated, lost, and alienated,” he wrote.

At first, he had gone online looking for knowledge about Islam and Muslims, but back then, he said, terrorist proclamations were readily found next to innocuous spiritual videos on YouTube.

He admits now he was ignorant about his faith and was soon groomed by extremists in the comments section below videos. “Through the misguidance of the YouTube extremists, I began to repost videos that glorified violence in the name of protecting the Muslim nation,” he writes.

Soon, a woman in her 40s called Colleen LaRose, a white American convert to Islam who styled herself “Jihad Jane”, invited him into password-protected extremist chatrooms where he gained trust and status by translating videos into English from Urdu in support of “the cause”.

He was quickly lost. “I began to spend hours upon hours on the extremist forums talking to a handful of extremists all about my grievances and difficulties adjusting to the United States. I complained to them about my family and school problems. They lent me an ear where no one else had … online extremists became my best and only friends.”

The plot to kill artist Lars Vilks developed, allegedly driven by Irish Algerian Ali Charaf Damache, a man in his 40s, who used the online alias “the blackflag”. Damache was finally extradited to the US last year and is set to stand trial on terrorism charges.

It was LaRose who drew Khalid into the conspiracy by asking him to look after a stolen American passport and a rare coin collection which he posted on to her when she reached Ireland. She is still serving a 10-year sentence for her part in the plot, which was foiled when the FBI arrested her in 2009.

Khalid acknowledges he worked to spread extremist videos, translating them from Urdu into English, and had become deeply involved in extremist ideology and cut off from everyone he knew. “Instead of seeing clearly and rationally as I normally would, I was lost beyond the point of no return,” he writes. “My involvement in this half-baked plot would soon be accompanied by severe and lasting consequences.”

Before his eventual arrest the FBI had contacted Khalid and had been treating him, aged 15, as an unindicted co-conspirator. But he was not co-operative and was himself arrested in that morning raid on his parents’ home in July 2011.

He had just graduated high school and been accepted on a scholarship to go to the prestigious Johns Hopkins University in Baltimore, a chance lost to him in that moment.

He looks back at his first months in a detention facility in Pennsylvania and recalls how the simple efforts of juvenile correction counsellors to engage him in conversation shook him out of what he calls a “twisted empathy” where he felt compassion for Muslims suffering around the world, but was indifferent to others.

“They were counsellors, they would actively seek to learn more about what led a person into whatever they were doing. They did an extremely good job getting me out of my own little cave that I created for myself. Forcing me to speak about what I had done wrong in my life and then, most importantly, sharing about their lives.

“When they started telling their stories, that was the real beginning.”

As a teenager he shut himself away, but today he has mentors he can turn to, including former prison staff.

He sees a therapist, and has the regular support of Dr Muhammad Fraser-Rahim, a former US government counter-terrorism specialist who has recently begun to head the Quilliam Foundation in its first US expansion from its UK base where it has worked on counter extremism and sometimes attracted criticism for its ties to the UK government.

I will curb terrorism with revelation

Khalid’s family – parents, an older brother and two sisters – were tremendously supportive during his time in custody, and have welcomed him with open arms after his release, he said. They all got US citizenship while he was locked up. He could face deportation to Pakistan, but is currently appealing for citizenship and his removal has been deferred.

Sitting with Khalid in Washington DC last week, he admitted that it is still painful to think about losing his chance to go to Johns Hopkins University. “It is one of the most difficult disappointments that I have to deal with in my life, getting in there and realising how I had betrayed that promise upon which they had accepted me, those values of the university.”

He knows that in telling his story he risks returning to prominence in a moment when Donald Trump is still fighting for his “Muslim ban” and has used hot rhetoric to heighten fears of terrorism and fuel Islamophobia.

He also knows he will face obstacles, but he said: “There are second chances in life. Believing in that is very important to me. I think the United States gives you that avenue, if you do make a mistake you have a chance to reinvent yourself.”

And the question he will face, always, is has he truly been deradicalised? “Yes of course, my deradicalisation actually ended while I was behind bars,” he said.

He accepts some people will harbour hatred or resentment, regardless, but adds: “For me personally, I know who I am, I’m confident in who I am, I have made changes. I’m proud of those changes, those were not easy changes for me to make. I did lose six years of my life, while behind bars – what they call the debt to society, I did pay that and lose the most formative years of my life while my peers moved on.

“That’s something that I’m rebuilding every day. Only time will tell if I become the person I want to be, that I aspire to become.”