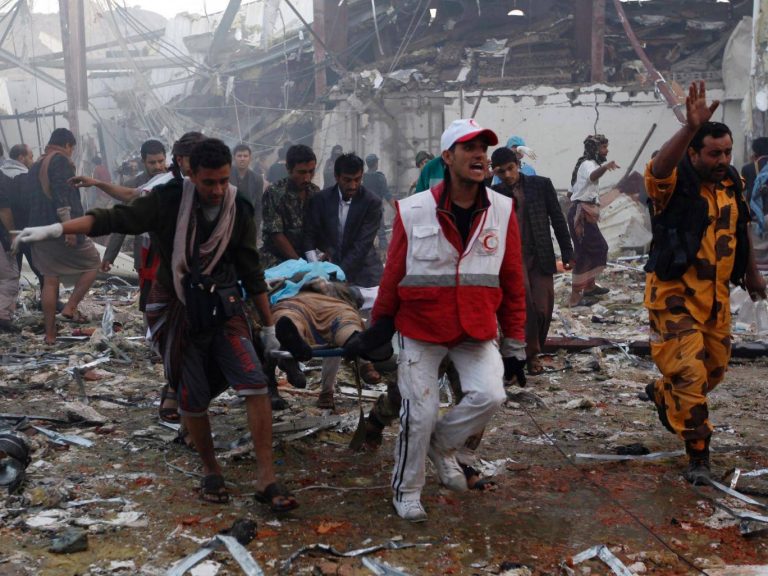 Amnesty International has launched a global campaign to stop the flow of arms to Saudi Arabia and the UAE under the slogan “Stop the flow of weapons that kill Yemenis”.

“It has become difficult to ignore the war on Yemen. The world has been shocked by the images of civilians who have been killed or wounded starving Yemenis, the destruction of schools, hospitals and markets with bombs made in the United States and the United Kingdom,” the organization said in a statement.

“We must stop the flow of arms that fuel human rights violations in Yemen,” the statement added.

The organization continued to say “We can put pressure on countries to stop arms transfers, reduce violations and the suffering of civilians, and send a message to the Saudi-UAE-led coalition that persistent violations will not be tolerated.”

The Saudi-led coalition’s mercenary forces continued their violations of the cease-fire agreement regarding Yemen’s Hodeidah.

This war has made three-quarters of the population in need of humanitarian assistance and pushed the country to the brink of famine, while the United Nations has considered the crisis facing the Arab country as the worst in the world.