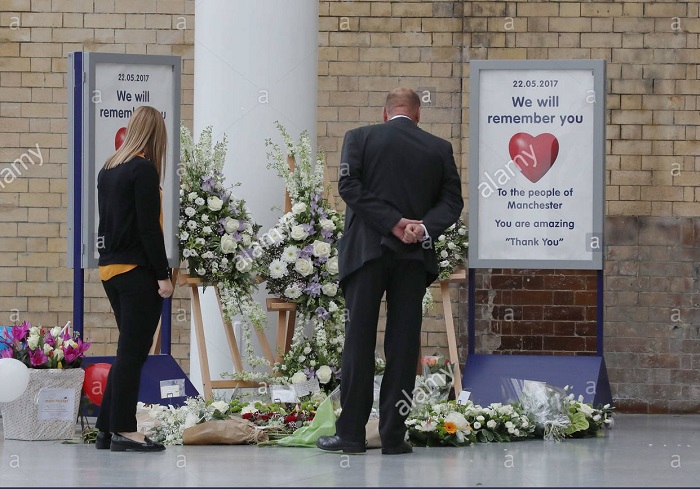 Victims of terror attacks don’t want your ‘thoughts and prayers’, we want action

The latest terrorist incident in Manchester, in which three people were seriously injured following a stabbing, proved our politicians still haven’t learnt lessons from the attacks of 2017.

Why is it that after every attack we see the same response: to declare their ‘thoughts and prayers’ are with victims, and then frankly, do nothing else for us?

A better question, however, would be to ask why we as a society have apparently normalised these attacks to the point where we’re entirely content that this is the only response we receive from our elected officials; rinse and repeat until the next attack happens.

We need to expect better.

Following the Westminster Attack in March 2017, the prime minister declared that her ‘thoughts and prayers go out to all who have been affected’, and yet when her office were made aware only months later of the lack of support services in place (wide-ranging in nature, from a lack of proper mental health and physiotherapy provision under the NHS to the need for increased numbers of Police Family Liaison Officers) by myself and other victims of the attack, they were dismissive and refused to help.

Instead they chose to claim that the Government was committed to providing comprehensive and swift support.

Despite such bold statements, little has been done visibly in the way of legislation over the past two years to improve the state of aftercare treatment for victims of terrorism and one can only assume that the prime minister’s latest response to the stabbings in Manchester, to declare her ‘thoughts are with those injured’, is sadly little more than hot air.

When the date marking a year since the Westminster attack approached, myself and other victims began to reach out to politicians at a local and national level to inquire about what plans were in place, from Westminster City Council to the Mayor of London’s Office, even the Home Office.

The answer from all was the same: ‘it’s not our responsibility’.

As a result, a commemorative event took place behind closed doors in the Palace of Westminster but only MPs, Lords, and those working in the Houses of Parliament were allowed to attend

We have to realise that simply saying phrases and buzzwords over and over does not make it true, as much as many in politics at the moment may wish it so.

How can this be acceptable? And perhaps more importantly, what message does it send to those who may be planning future attacks if we do not properly support those who have already experienced such incidents?

To this day, not a single elected official of any political party or position has met or even communicated in any shape or form with those of us who were injured or bereaved as a result of the events of 22 March. And as the second anniversary approaches, we are now having to plan our own events for the date for fear that these issues will arise once more.

Fancy statements that sound the part, but in reality do very little to help victims at their most vulnerable, are not enough; particularly when the effects of these incidents can reverberate for years to follow.

Indeed, Mayor Sadiq Khan’s choice to run with the slogan ‘#LondonUnited’ in 2018 to mark the incidents of the previous year couldn’t be further from the truth for many victims, unfortunately.

In my opinion, it added far more insult to injury than demonstrating any real form of resilience – and had survivors been consulted beforehand this could have been explained.

Further, it is not for lack of awareness that issues of support have not been resolved as of yet, and indeed a great many victims have had to put themselves in front of a television camera and be interviewed in efforts to receive the support they need.

One example that always struck me was when two teenagers affected by the Manchester Arena Attack appeared on ITV’s This Morning alongside their parents almost a year on from the incident, in a plea for psychological help – in one case, with no follow-up even after contemplating suicide.

They’re not alone in this struggle, with a shocking 76 per cent of respondents to a recent survey of terrorism victims by campaign group Survivors Against Terror finding mental health services in the UK to require significant improvement.

We have to realise that simply saying phrases and buzzwords over and over does not make it true, as much as many in politics at the moment may wish it so.

Words must be followed up with action, and there is no greater time than the present for politicians to address the massive gaps in aftercare treatment for survivors and those bereaved by acts of terrorism.