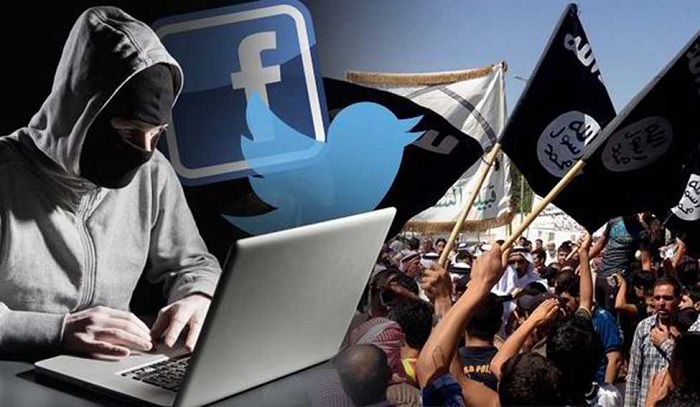 Governments across Europe regularly invoke the threat of terrorism to limit freedom of expression beyond what is permitted under international law. Journalists, activists and ordinary social media users are subject to arbitrary restrictions in relation to their online expression. There is little evidence of the success of such restrictions in preventing terrorist attacks, while their chilling effect on freedom of expression is widely documented.

And yet terrorism remains a very real threat, both in Europe and globally. Terrorist attacks, of various ideological, political or religious motivations, have increased across Europe over the past decade.This has been accompanied by violent groups’, notably ISIS and violent far right movements’, increasingly professional and strategic exploitation of social media networks in order to recruit and radicalise. Radicalisation, particularly online, poses an evolving threat to societies, warranting some form of governmental response. This article explores why overly broad terrorist legislation is so problematic and explores alternative approaches to effectively tackle terrorist threats, while respecting the right to freedom of expression and other associated rights.

In December last year, Dunja Mijatović, Commissioner of Human Rights at the Council of Europe, published an article describing the misuse of anti-terrorism legislation as one of the greatest threats to freedom of expression in Europe.

n Turkey, for example, an estimated 175 journalists have been arrested following the July 2016 coup attempt. Many face charges of affiliation with, membership of, or propaganda for a terrorist organisation; however, independent trial monitors, myself included, have documented the almost total lack of evidence in such cases. The cases rely almost solely on articles written by defendants, or posts on social media, which contain no calls to, or apologies for, violent acts.

Mijatović identifies ‘vague or unduly broad’ definitions, such as ‘glorification’ or ‘propaganda’ to terrorism as particularly problematic. These have proliferated across Europe, targeting musicians, activists and ordinary citizens, particularly those expressing themselves on social media. For example in 2017, a Spanish court sentenced student Vera Cassandra to a one year suspended sentenced for ‘glorification’ of terrorism’ (Article 578 of the Spanish Penal Code) in relation a series of tweets she sent, joking about a Franco-era Minister, killed in an ETA terrorist attack.

Meanwhile, at the European Union level, the European Commission has proposed a new Regulation on preventing the dissemination of terrorist content online. The inclusion of vague and broad definitions of ‘terrorist content’ have been sharply criticised by freedom of expression advocates as potentially enabling the arbitrary removal of content, particularly that produced by human rights defenders, independent media and minority groups.

International human rights law is clear that, in very limited circumstances, the right to freedom of expression may be restricted in order to ensure national security and prevent terrorism. However, any legislation must be precisely formulated, to avoid broad or abusive application, and strictly necessary for the purposes of national security. In practice, this means that, when imposing any sanction against terrorist speech, a court must demonstrate that the expression is intended to incite imminent violence; it is likely to incite such violence; and there is a direct and immediate connection between the expression and the likelihood of violence.

This does not mean there is no role for government in responding to terrorist speech. In May 2017, the UN Security Council adopted Resolution 2354, urging UN Member States to support positive and credible alternatives to audiences vulnerable to extremist messages.

Overly broad restrictions on ‘terrorist’ are not only a human rights violation; they are also unlikely to prevent violence as they fail to recognise the complexity of radicalisation. The work of civil society organisations and human rights watchdogs in monitoring and exposing governments’ misuse of anti-terrorism legislation to restrict freedom of expression is thus essential. However, their work would be strengthened by a clear evidence base demonstrating the effectiveness of non-legislative approaches to challenging terrorist, extremist or divisive content. This requires broad cooperation between tech companies, academia and civil society, underpinned by state support, to measure the impact of the recent proliferation of counter narrative initiatives; and ensure such approaches comply with human rights.

Tags: threat of terrorism to limit freedom of expression