Home News Despite international condemnation of the Myanmar military’s atrocities, all evidence suggests that they are brazenly committing yet more serious abuses,” said Tirana Hassan 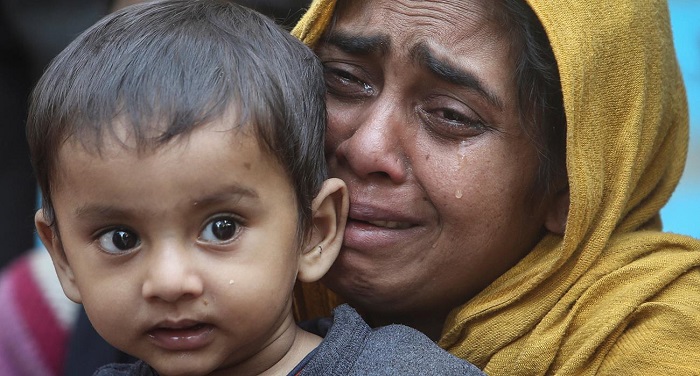 Despite international condemnation of the Myanmar military’s atrocities, all evidence suggests that they are brazenly committing yet more serious abuses,” said Tirana Hassan

Myanmar security forces have shelled villages and blocked civilians from accessing food and humanitarian assistance in Rakhine State, Amnesty International said today, amid a crackdown since armed attacks by the Arakan Army in early January. Security forces have also used vague and repressive laws to detain civilians in the area.

“These latest operations are yet another reminder that the Myanmar military operates without any regard for human rights. Shelling inhabited villages and withholding food supplies are unjustifiable under any circumstances,” said Tirana Hassan, Director of Crisis Response at Amnesty International.

Amnesty International has received reports that army divisions involved in atrocities against the Rohingya in August and September 2017 have been deployed to Rakhine State again in recent weeks.

“Despite international condemnation of the Myanmar military’s atrocities, all evidence suggests that they are brazenly committing yet more serious abuses,” said Tirana Hassan.

These violations come after a UN Fact-Finding Mission called for the criminal investigation and prosecution of senior Myanmar officials for crimes under international law against the Rohingya population in Rakhine State, and against ethnic minorities in Kachin and northern Shan States.