Home Top News spokesperson for Sea-Eye: It is not about ships, It is about the endless pain and grief victims’ loved ones have to feel 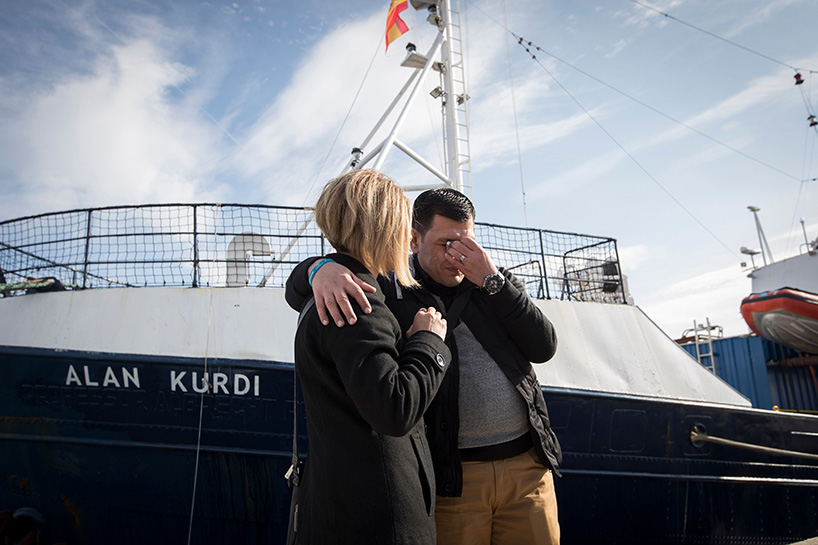 spokesperson for Sea-Eye: It is not about ships, It is about the endless pain and grief victims’ loved ones have to feel

Father Abdullah Kurdi Alan’s Aunt Tima Kurdi accepted Sea-Eye’s invitation to carry out the baptism of the ship and travel to Mallorca to do so.

This NGO has been Founded in 2015 to save the lives of refugees in distress during their perilous escape to Europe.

The Sea-Eye ship is the last remaining ship of this organization, and is active by donations from Diocese Munich-Freising and Proem Aid, Spanish NGO.

Carlotta Weibl, spokesperson for Sea-Eye e.V said that , The name “Alan Kurdi” shall be a reminder of what our work is really about It is not about ships … It is about the endless pain and grief victims’ loved ones have to feel.

“We are happy that a German rescue ship will carry the name of our boy. My boy on the beach must never be forgottenn”, said Abdullah Kurdi.

Tima Kurdi,also, told about the psychological aftereffects of this event on her brother.

Kurdi family decided to flee the Islamic State group and Syria’s civil war in 2015 and paid smugglers to them from Turkey to Greece. At least 12 people on board died, including Alan and his brother, Ghaleb, and his mother, Rehane.

After, Abdullah and Tima founded The Kurdi Foundation to help other child refugees in Iraq,