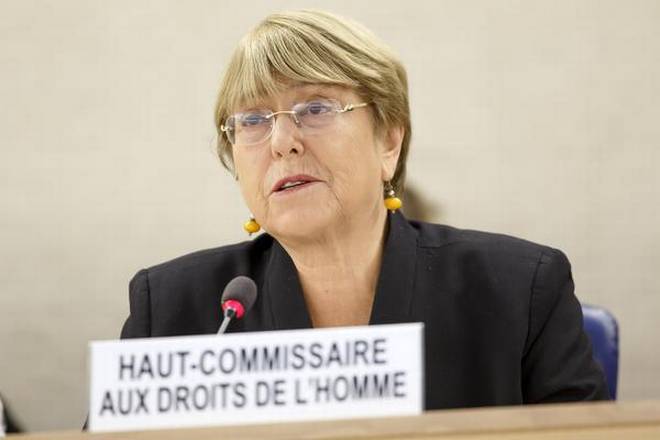 In her statement for the opening ceremony of the session, Michelle Bachelet said about the challenge of climate change: “ The world has never seen a threat to human rights of this scope.  This is not a situation where any country, any institution, any policy-maker can stand on the sidelines. The economies of all nations; the institutional, political, social and cultural fabric of every State; and the rights of all your people – and future generations – will be impacted.”

She added on Israeli settlements that: “ the continued expansion of settlements across the occupied West Bank, including East Jerusalem, is illegal under international law, and has severe impact on the human rights of Palestinians.” She added: “I am particularly concerned by very high levels of settler violence, and Israel’s failure to adequately protect Palestinians from such attacks, or hold the perpetrators to account.”

UN High Commissioner for Human Rights continued: “So far this year, at least 481 people have been displaced as a result of demolitions, already exceeding the 472 displaced in all of 2018.”

42nd session of UN HRC opened in 9 September in Geneva and will end in 30 September.