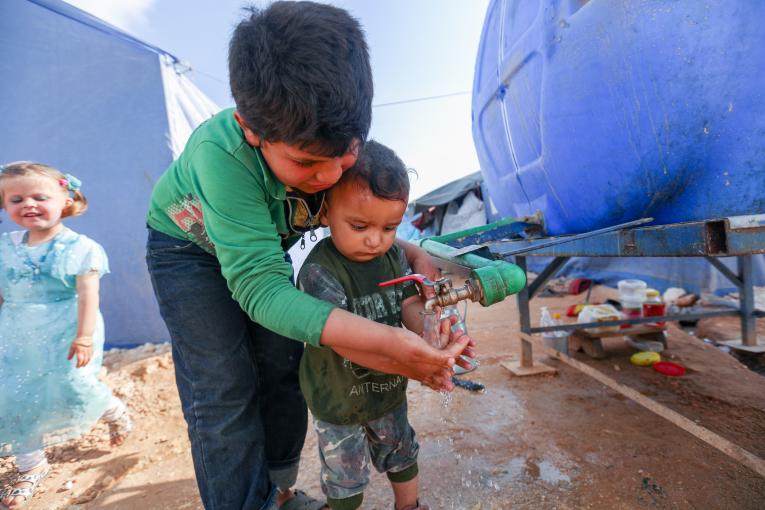 19 million children internally displaced by conflict and violence in 2019

ADVTNGO– UNICEF reported that, An estimated 19 million children, more than ever before, were living in displacement within their own countries due to conflict and violence in 2019 – some of them for years, UNICEF said in a new report today.

The report, ‘Lost at Home’, looks at the risks and challenges internally displaced children face, and the urgent actions needed to protect them. As COVID-19 continues to spread around the world, these children are among the most vulnerable to its direct and indirect impacts.

“Millions of displaced children around the world are already going without proper care and protection,” said UNICEF Executive Director Henrietta Fore. “When new crises emerge, like the COVID-19 pandemic, these children are especially vulnerable. It is essential that governments and humanitarian partners work together to keep them safe, healthy, learning and protected.”

The largest number of internally displaced children due to conflict and violence can be found in West and Central Africa and in the Around 45.7 million persons were living in forced displacement as a consequence of conflict and violence at the end of 2019. The number has been over 40 million for the last five years – a steep increase from a decade ago, when around 25 million displaced persons were recorded.Among the displaced population in 2019 were 19 million children – a share of almost 42 per cent – up from 11 million in 2009.

In the Middle East and North Africa alone, over 12 million people were internally displaced as a result of conflict and violence at the end of 2019. Almost all of them live in just three countries: the Syrian Arab Republic (6.5 million), Yemen (3.6 million) and Iraq (1.6 million). Around 5 million  of the displaced persons in this region are children. Even more children were displaced in West and Central Africa: 5.8 million of the total 11.3 million. Across sub-Saharan Africa, over 19 million people lived in internal displacement due to conflict and violence. This is 4 out of 10 internally displaced persons globally – and half of the world’s displaced children.According to the report, there were 12 million new displacements of children in 2019, 3.8 million of them were caused by conflict and violence, and 8.2 million by disasters linked mostly to weather-related events like flooding and storms.

Through the report, UNICEF calls for strategic investments and a united effort from governments, civil society, private sector, humanitarian actors and children themselves to address the child-specific drivers of displacement, especially all forms of violence, exploitation and abuse.

UNICEF also calls on governments convening under the High-Level Panel on Internal Displacement, established by United Nations Secretary-General António Guterres, to take concrete action and investment that will help provide protection and equitable access to services for all internally displaced children and their families.