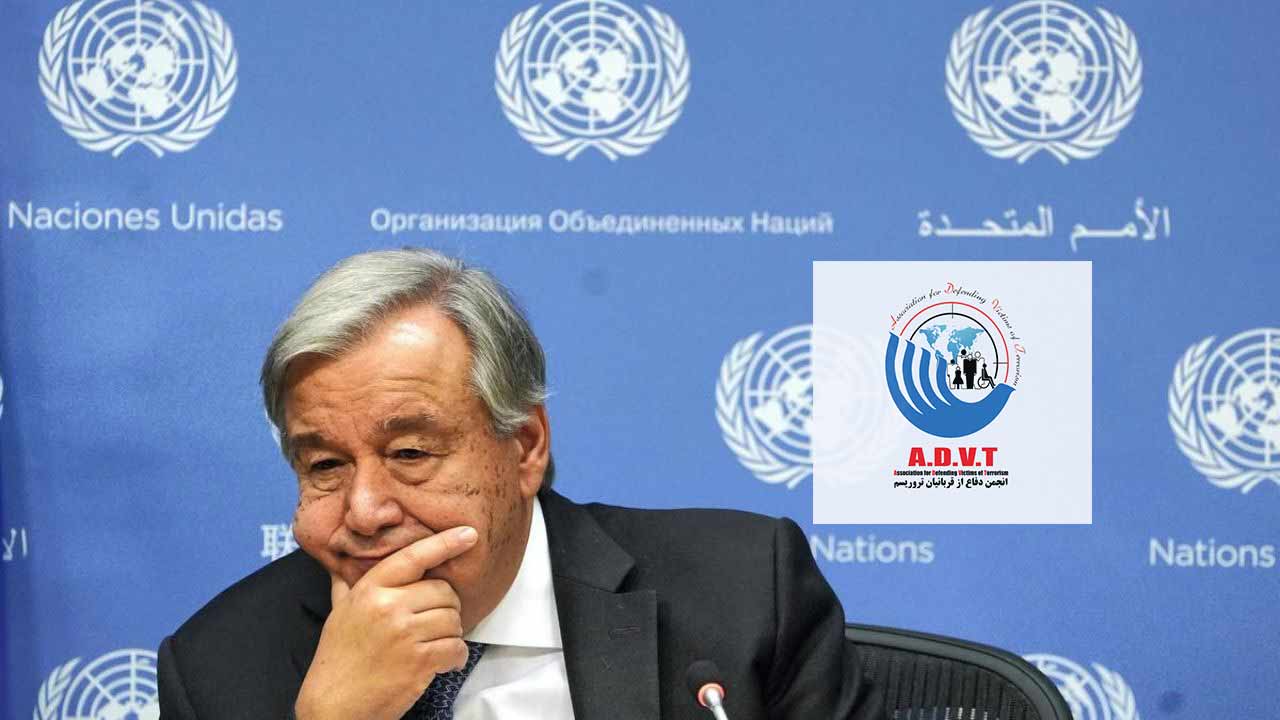 ADVTNGO public affairs reported that the association for defending victims of terrorism stressed on the necessity of legal actions against terrorists, in its letter to Antonio Guterres.

here is the full text:

Your congratulations on the arrest of Mr. Kabuga, the perpetrator of the genocide in Rwanda, have been very inspiring to human rights activists and advocates. Also, your good news that this arrest is a powerful message to all criminals about the fact that escaping from justice is not possible, even after a quarter of a century, was a new soul for the body of global justice.

Your indication on the necessity of ending to impunity as a background for stabilizing peace, security and justice in the world is very crucial. Achieving the neglected necessity can largely prevent the recurrence of crimes.

Your emphasis on such a move is a clear message of the end of the period of impunity for crimes against humanity and a path to the realization of the rights of the victims of such crimes, including terrorist crimes. It will be a remedy for the mass broken heart and survivors of catastrophes in the world, particularly in Asia, where the dawn of truth is approaching the darkness of the deception of power and hypocrisy.

It should be noted that thousands of survivors of terrorist attacks in Iran are also waiting for similar news about criminals, executives and policy makers behind the terrorist attacks in Iran. A review of one hundred examples of terrorist operations in Iran will shed light on the problems of limbo of impunity. The case of Mr. Mohammad Reza Kolahi Samadi, who is accused of Hafte Tir disastrous bombing in 1981 in Tehran, is one example.

After the crime, the terrorist offender escaped to Iraq, then Germany, and finally the Netherlands, He chose the Ali Motamed as a pseudonym, lived in Almere under the protection of the Asylum Law until a few years ago. Then he was murdered suspiciously. He was buried with the same fake identity as Ali Motamed, with the title “martyr” in the cemetery of Almere in the Netherlands. A close look at the criminal’s escape from justice can indicate the consequences of impunity in the world and show how the terrorist organization, after the death of the criminal, prevents the clarification of the facts and continues to try to deceive the public opinion.

The Association for Defending Victims of Terrorism believes that one of the basic principles of the spread of terrorism and crime in the world is impunity. Appreciating Your Excellency for your precise and knowledgeable stance, we call on the United Nations to establish a body or mandate holder to follow up appropriately. So prosecution of the criminals can have a suitable mechanism practically and deterrent effects in the world.