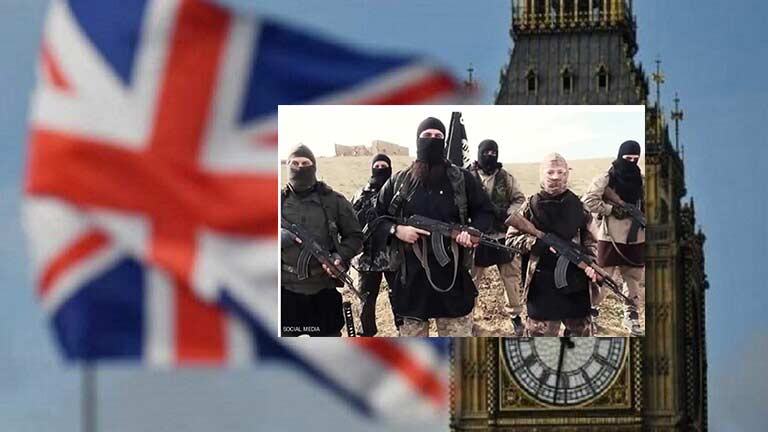 According to a report by Russia’s TASS News Agency, the man said the British intelligence had recruited him when he decided to return to the Syrian city of Palmyra after fleeing it. They contacted him, it added, through intermediaries and instructed him to become a spy and head to Palmyra,

The report added that the former Daesh member, identified as Mohammad Hossein Saud, was told to monitor and photograph the Syrian and Russian installations in the Arab country and sent the photos via the internet back to the UK, after being provided with money and phones and everything else he needed to accomplish the mission.

According to his confessions published by TASS, Saud met with British intelligence officers at al-Tanf area on the Syria-Jordan border, an area occupied by US troops, after fleeing Palmyra where he used to be a member of the terror group.

He claimed that the British intelligence asked him to gather information on important Russian sites in the Arab country and how they were being protected in order for them to be targeted at a later time.

The ex-member of Daesh also revealed that the British intelligence also recruited a former tour guide from Palmyra who knew multiple languages, putting him in charge of leading their spies.Captured Daesh terrorists confess to cooperation with US forces in Syria’s al-Tanf Three captured Daesh terrorists confess to perpetrating various acts of terror in cooperation with US forces stationed in Syria’s al-Tanf region.