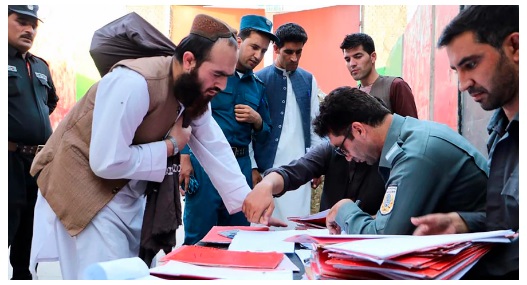 Association for Defending Victims of Terrorism – based on VOA report, authorities in Afghanistan say they have rearrested 600 members of the Taliban who were freed from imprisonment as part of a peace-building agreement between the United States and the insurgent group.

Afghanistan’s national security adviser, Hamdullah Mohib, made the announcement, alleging the men in question had returned to the battlefield to plot deadly attacks against government forces and civilians.

Under the February 2020 U.S.-Taliban deal, the government had released more than 5,000 insurgent prisoners in exchange for 1,000 security personnel.

Mohib told reporters in Kabul that the prisoners’ release did not contribute to peace efforts, reiterating that his government would not free more Taliban.

“We have rearrested 600 of the freed individuals because they were fighting alongside the Taliban despite pledges that they would not rejoin the battlefield,” the Afghan adviser said.

He accused the Taliban of failing to live up to its commitments to reduce violence and work toward a nationwide cease-fire. Instead, Mohib said, the insurgents have escalated the violence and staged targeted killings of Afghan officials, journalists and activists.