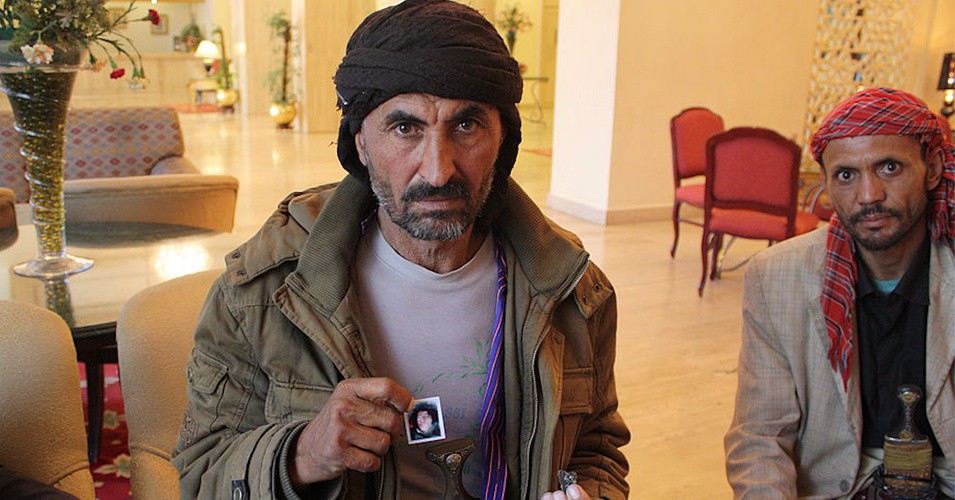 Stop the strikes in Yemen

Association for Defending Victims of Terrorism – Based on Aljazeera report, two Yemeni families have filed a petition against the US government over the “unlawful”killing of 34 relatives, including nine children, in counterterrorism operations between2013 and 2018.

Human rights group Reprieve, submitted the petition to the Inter-American Commissionon Human Rights on behalf of the families on Tuesday, said the families suffered enormousloss of life and property in six drone strikes and a special operations raid.

Of those killed, 34 were members of the Al-Ameri and Al-Taisy families, who are requestingthe commission urge the US government to take immediate measures to prevent furtherharm as it reviews the files – often a long process that could take years.

It is averred that the seven attacks at issue have resulted in the unlawful killing of at least 48 people, including 17 children, and serious injury of at least seven others, as well as the destruction of their personal property and livelihoods,” said the petition seen by AFP news agency.

The first strike, which took place in December 2013 under the administration of Barack Obama, targeted a wedding procession convoy, killing at least 12 people, including seven Al-Ameri family members and five people from the Al-Taisy family, according to the filing.

Since the 2013 incident, six other operations were carried out, all under Donald Trump,during whose administration the US stepped up its campaign in Yemen, according to US  “What the families are hoping for from the commission is, first and foremost, recognition of the harm that’s been done to them,” Jennifer Gibson, a lawyer with Reprieve, told AFP on Thursday.

“They’ve tried time and time again to engage the Yemeni and US governments to stop the strikes, and yet they’ve continued. The commission, for them, is a last resort to try to put forward evidence to say ‘you’re making a mistake, whatever you think it is we’ve done, we’ve not done, please stop the strikes.