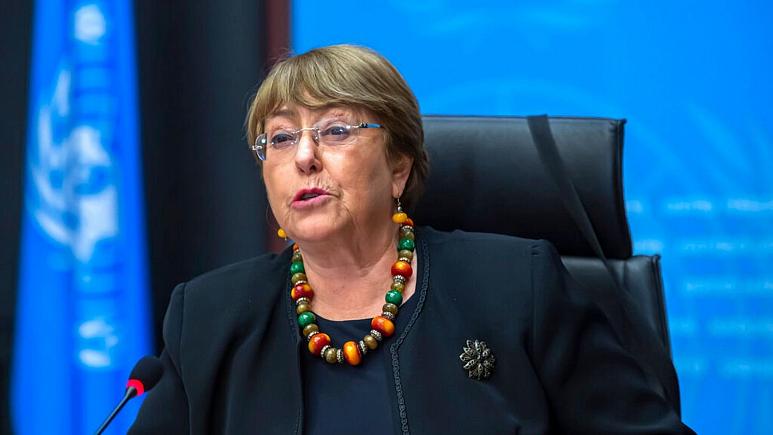 Association for Defending Victims of Terrorism – AP reported, the top U.N. human rights body on Thursday passed a resolution aimed to intensify scrutiny of Israel’s treatment of Palestinians, after the U.N. rights chief said Israeli forces may have committed war crimes and faulted the militant group Hamas for violations of international law in their 11-day war this month.

The resolution, which was denounced by Israel, calls for the creation of a permanent “Commission of Inquiry” — the most potent tool at the council’s disposal — to monitor and report on rights violations in Israel, Gaza and the West Bank. It would be the first such COI with an “ongoing” mandate.

The commission is also to investigate “all underlying root causes of recurrent tensions, instability and protraction of conflict” including discrimination and repression, according to the text. Amid signs that the resolution would pass, its authors added more teeth to its language with a late revision on Wednesday.

U.N. High Commissioner for Human Rights Michelle Bachelet, who spoke early in the session, called on Israel to allow an independent probe of military actions in the latest spasm of deadly violence, which left devastation and death in the Gaza Strip before a cease-fire last week.

The 11-day war killed at least 248 in Gaza, including 66 children and 39 women. In Israel, 12 people also died, including two children.

“Air strikes in such densely populated areas resulted in a high level of civilian fatalities and injuries, as well as the widespread destruction of civilian infrastructure,” Bachelet said.

“Such attacks may constitute war crimes,” she added, if deemed to be indiscriminate and disproportionate in their impact on civilians. Bachelet urged Israel to ensure accountability, as required under international law in such cases, including through “impartial, independent investigations” of actions in the escalation.