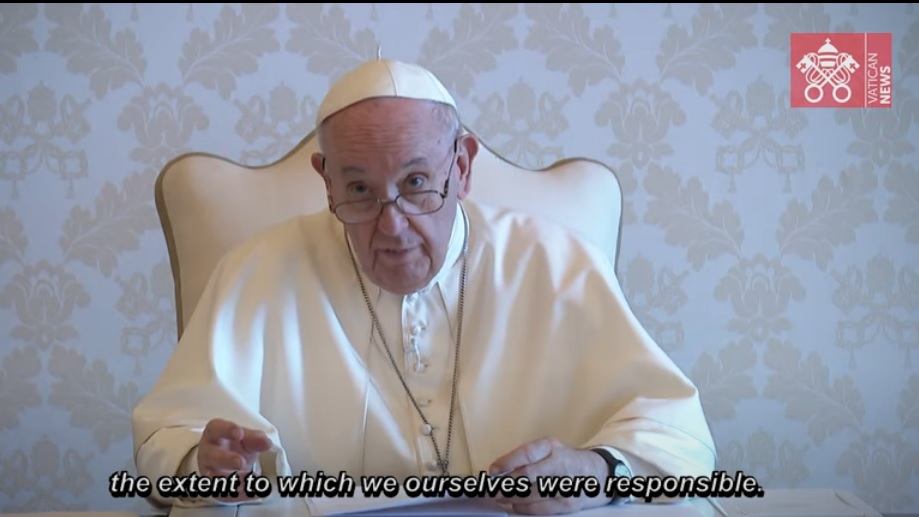 Association for Defending Victims of Terrorism – Vatican News reported that,  Pope Francis sends a video-message to participants in the 16th edition of the GLOBSEC Bratislava Forum where political leaders and ministers are focusing on rebuilding the post-pandemic world.

In his intervention, the Pope offers some insights, “taking inspiration from the trinomial method of seeing – judging – acting.”

Calling for accountability, the Pope warns against what he calls “an illusory sense of security based on the hunger for profit” and reveals what he “sees”:

“I see a model of economic and social life, characterized by so many inequalities and selfishness, in which a tiny minority of the world’s population owns the majority of goods, often not hesitating to exploit people and resources.”

“I see a lifestyle that does not take enough care of the environment.

“the crisis opens the way to a future that recognizes the true equality of every human being: not an abstract equality, but a concrete one that offers people and peoples real and fair opportunities for development.

Finally, the Pope notes that “Those who do not act waste the opportunities offered by the crisis.” he says decision must be taken that convert death into life, weapons into food.”