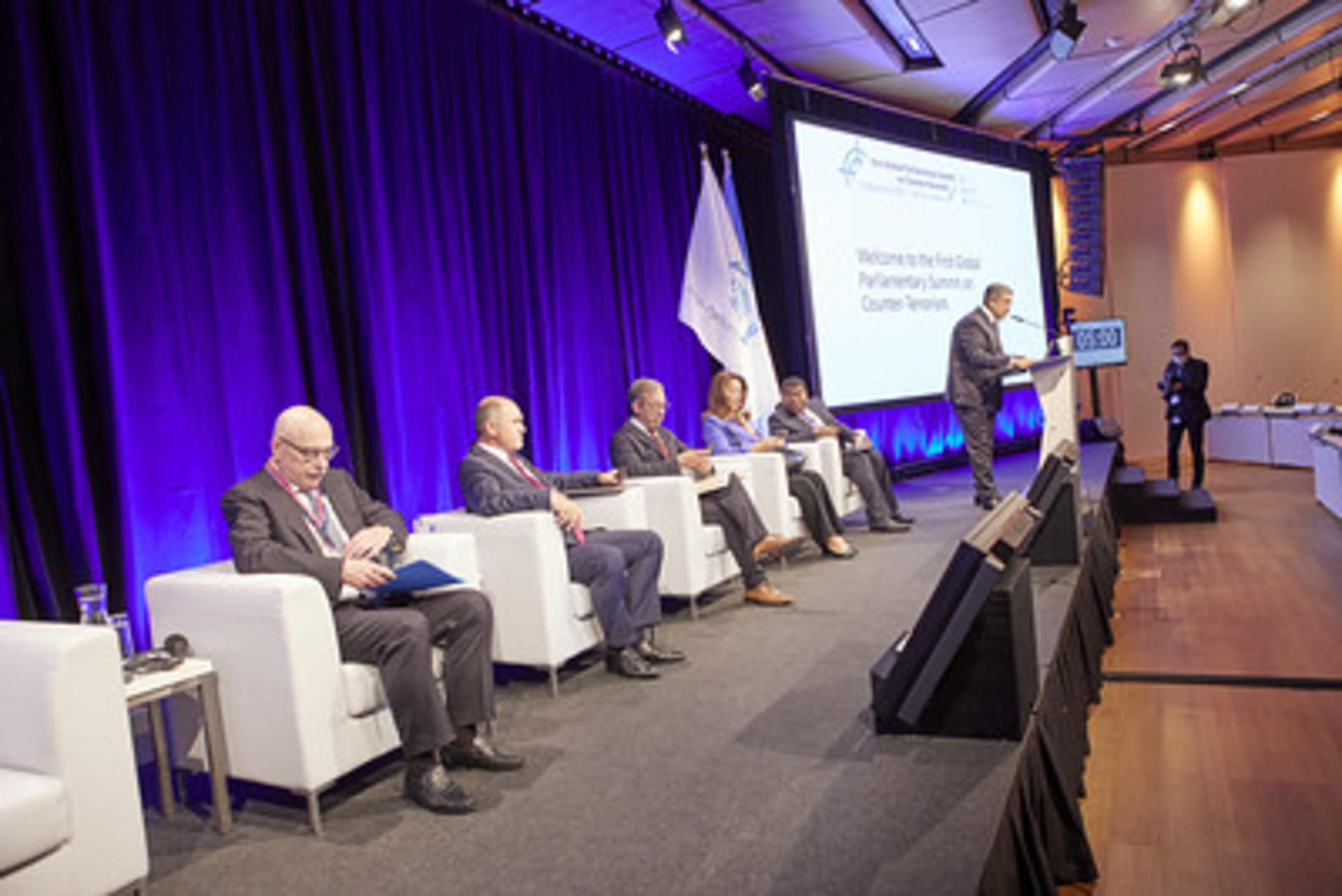 Association for Defending Victims of Terrorism – Legislators from around the world met in Vienna, Austria today for the First Global Parliamentary Summit on Counter-Terrorism.

Opening the Summit, the Speaker of the National Council of the Republic of Austria, Mr. Wolfgang Sobotka, highlighted the crucial role parliamentarians play in the fight against terrorism and violent extremism. He said: “Terrorism and violent extremism pose threats not only to the security of countries and the values of democratic societies, but also to the freedom of citizens. These multidimensional challenges can only be met with strong bilateral and international cooperation between states.”

UNODC Executive Director, Ms. Ghada Waly, emphasized the links between terrorism, organized crime and corruption, and the need for integrated responses. She said: “The legal frameworks that defend societies from terrorism must account for its perpetrators, collaborators and financiers, and support its victims. Through multilateral engagement, parliaments can develop such frameworks together. At UNODC, we are ready to work with you to establish a more ambitious, unified framework for legislative and technical assistance to parliaments on counter-terrorism.”

UNOCT Under-Secretary-General, Mr. Vladimir Voronkov, stressed that parliamentarians play a crucial role in countering terrorism and violent extremism. UNOCT had therefore established a Programme Office on Parliamentary Engagement in Preventing and Countering Terrorism in June 2021. He said: “We rely on parliamentarians to work hand-in-hand with governments to adopt strong, robust and transparent laws, budgets and policies to fund and implement the international legal framework against terrorism.”

IPU Secretary General, Mr. Martin Chungong, said “From our experiences at the IPU, we have clearly seen the interlinkages between underdevelopment and terrorism, between illiteracy and terrorism, and between climate change and terrorism. Besides security, the only comprehensive solutions in countering terrorism are ones that can encompass development, education, human rights and gender equality.”

The speakers of the opening session were joined by parliamentarians from around the world, experts, members of regional parliamentary assemblies, victims of terrorism, community leaders, and representatives of civil society, United Nations entities and other international and regional organizations.

The opening session was followed by three thematic sessions. Parliamentary response to support the victims of terrorism, the Role of parliaments in preventing terrorist radicalization and addressing hate speech discussed challenges, and a session on the Sahel region

Ahmad Naderi, Iranian MP, also attended the summit. He said in his speech, Iran is the victim of terrorism protected by countries that claim to be supporters of human rights.