Home News Islam and Christianity, which both call for peace and love, cannot be used as excuses for murder and terrorism 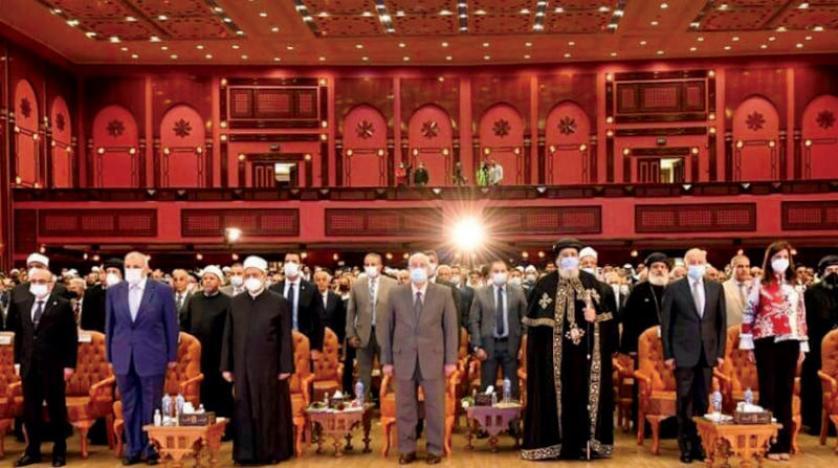 Islam and Christianity, which both call for peace and love, cannot be used as excuses for murder and terrorism

Asociation for Defending Victims of Terrorism –  Heading a high profile delegation of Al-Azhar scholars, his Eminence Al-Azhar Grand Imam Prof. Ahmad Al-Tayeb paid a visit Saturday morning, 27 April 2019, to St. Mark’s Coptic Orthodox Cathedral in Cairo to congratulate Pope Tawadros II, Pope of Alexandria and Patriarch of the See of St. Mark, and our Coptic fellows on Easter. Prof. Al-Tayeb expressed his most sincere congratulations to Pope Tawadros and all Egyptian churches on this festive occasion, confirming that the Egyptian values of coexistence and brotherly relation between the people of the same country exemplify the true meanings of religions which call for peace among the followers of different faiths.

Al-Azhar Grand Imam added that humanity faces a plot that aims at employing religion in igniting wars and conflicts, a matter clearly reflected in the terror attack that targeted Muslims and Christians in New Zealand and Sri Lanka recently. Prof. Al-Tayeb meanwhile underlined that Islam and Christianity, which both call for peace and love, cannot be used as excuses for murder and terrorism. Highlighting that the tragic reality humanity undergoes nowadays makes it necessary for religious leaders to confront exploitation of religion, Al-Azhar Grand Imam confirmed that there is no way to confront this criminal scheme except through deep understanding of religions.

On his part, Pope Tawadros II expressed his hearty welcome to Al-Azhar Grand Imam and the accompanying delegation, adding that the Grand Imam’s congratulation and visit promote their joys of the feasts and reflect the spirit of love and harmony which gathers the citizens of this land. Pope Tawadros added that when Egyptians gather together in religious feasts and national festive occasions, they convey to the world the meanings of peace and coexistence; such meanings that preserved the unity and coherence of Egyptians.