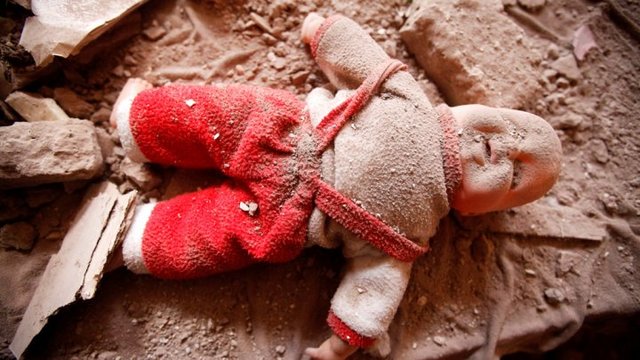 Association for Defending Victims of Terrorism – at least five more civilians were killed and two children were among the injured as Saudi-led coalition warplanes continued to pummel residential areas across Yemen.

The capital Sanaa was bombed in the morning, with air strikes targeting the city’s September 21 Park. A third missile struck Dhabwa in the Sanhan district of Sanaa province.

The latest bombings took place after at least five people were killed on Tuesday as Saudi jets carried out more than 30 air strikes on the Baihan district of Shabwah province.

A bus was among the targets, according to local reports. Just 24 hours earlier, the same district had been hit by at least 50 missile strikes.

In north-west Yemen, two children were taken to hospital after they were among the injured as warplanes bombed Saada province.