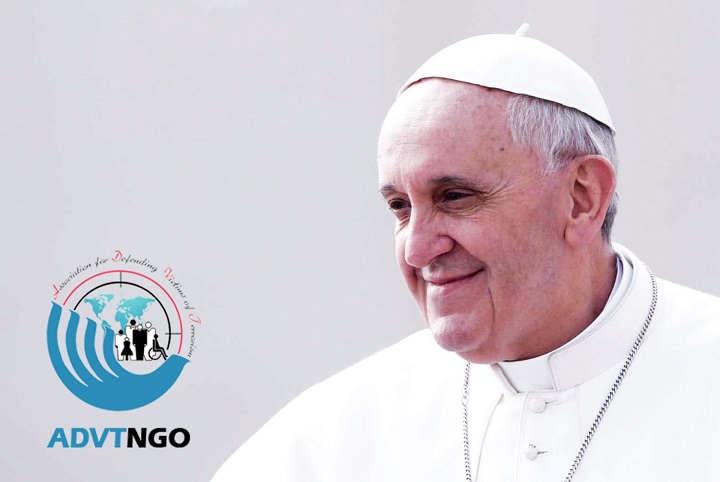 Latter of ADVT to Pope Francis

Your Excellency’s remarks pertaining to the cause roots of expansion of terrorism, made all human rights activists satisfied. In this point, your guidelines about the point that terrorism is not manipulated to a certain religion is more distinguished in justifying public opinion.

We hope religious figures make further attempts in order to isolate terrorist cults and their delusion with the mask of holy beings.

As a civil organization consisting of families of Iran’s terror victims, ADVT tries to honor victims of terrorism in order to culturally confront with this ominous phenomenon.

As a representative from all victims of terrorism throughout the world, we wish success to your Excellency in fulfilling peaceful and humanitarian objectives. We hope such struggle would bring about a world without violence, massacre and intimidation to all human beings.