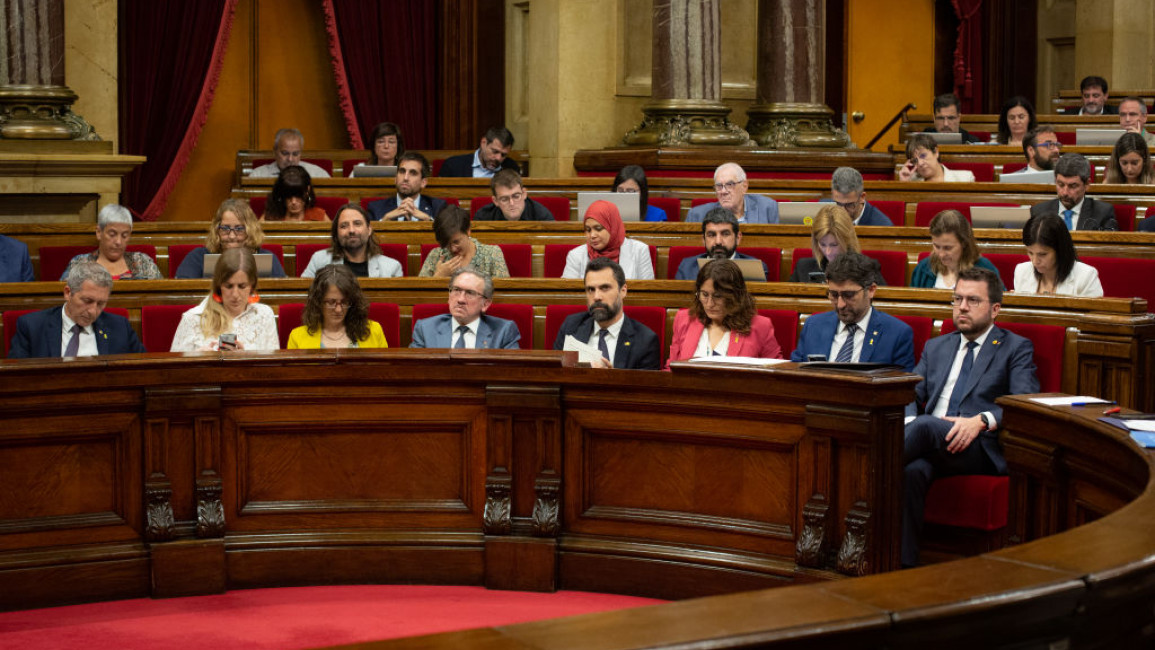 Association for Defending Victims of Terrorism – The parliament of the Catalonia autonomous region has become the first in Europe to acknowledge the crime of apartheid committed by Israel against the Palestinian people.

Catalonia’s regional parliament formally recognised that Israel is committing the crime of apartheid against the Palestinian people.

Lawmakers in the autonomous Spanish region passed a resolution accusing Israel of overseeing a system that is “contrary to international law and is equivalent to the crime of apartheid as defined in the Rome Statutes of the International Criminal Court, Article 7.2 (h)”.

This makes the parliament in Catalonia the first in Europe to publicly acknowledge Israel’s imposition of apartheid, which has also been widely documented by international rights groups including Human Rights Watch and Amnesty International.

“We hope that their courageous vote will inspire other regional parliaments of the Spanish state, as well as its state parliament, to also stand on the right side of history,” the Palestinian Boycott, Divestment and Sanctions (BDS) movement said in a statement released.