Home News Tor Wennesland: Martyrdom of 100 Palestinians by Zionist Military forces since the Beginning of the Year 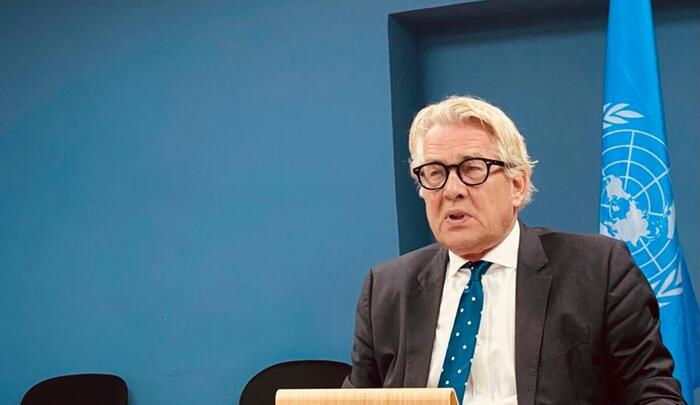 Tor Wennesland: Martyrdom of 100 Palestinians by Zionist Military forces since the Beginning of the Year

Association for Defending Victims of Terrorism – UN website reports that Tor Wennesland UN Special Coordinator for the Middle East Peace Process in a statement said since the beginning of the year, at least 100 Palestinians have been killed, by Israeli military forces. In this statement he said,

“I am alarmed by the deteriorating security situation, including the rise in armed clashes between Palestinians and Israeli security forces in the occupied West Bank, including East Jerusalem. Since the beginning of the year, at least 100Palestinians have been killed, including children, amid a significant increase in Israeli military operations in the occupied West Bank, including in Area A. During the same period, 16 Israelis have been killed inside Israel in a wave of attacks by Palestinians and Israeli Arabs. The mounting violence in the occupied West Bank is fueling a climate of fear, hatred and anger. It is crucial to reduce tensions immediately to open the space for crucial initiatives aimed at establishing a viable political horizon. I urge, and remain actively engaged with, Israeli and Palestinian authorities to restore calm and avoid further escalation. The fragility of the situation underscores the urgency of changing the dynamic son the ground, while addressing the underlying security and political issues that are fueling the current instability.”