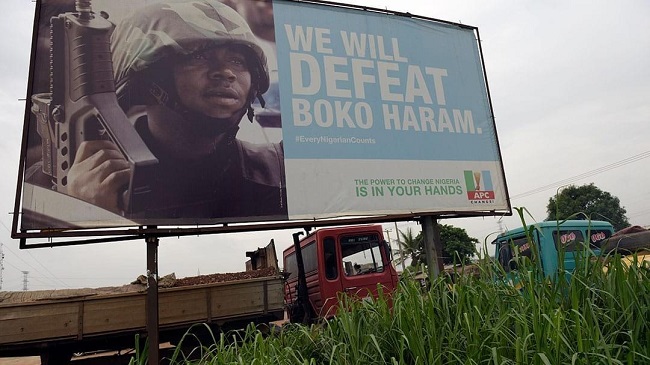 A brief look at the terrorist group “Boko Haram,”

Jama’atu Ahlis Sunna Lidda’awati wal-Jihad, better known as “Boko Haram,” is the most violent phenomenon of the Nigerian Fourth Republic. It is responsible not only for a regional food crisis that has devolved into famine in some areas, but also the displacement of millions and the deaths of tens of thousands of people. The insurgency in Nigeria began as a dissident religious sect’s venting of local grievances in Maiduguri, the capital of the northeastern Borno State. The movement was founded at the turn of the century by Mohammed Yusuf, a Salafist preacher notorious for his rejection of Western education and government employment.

Boko Haram only gained significant international attention in the aftermath of the 2014 abduction of more than 270 schoolgirls from their dormitory in the remote town of Chibok, but the group did not always employ such deplorable tactics. Although policymakers in capitals the world over have been eager to emphasize the group’s connections to international terrorist groups, the movement is localized and often more akin to an African insurgency than to a prototypical terrorist organization. The group’s initial years were characterized by relatively benign activities like the provision of social services, punctuated by occasional bouts of criminality that, over time, escalated into a series of targeted assassinations that provoked federal government response. A series of violent actions ultimately transformed Boko Haram from a largely nonviolent fundamentalist religious movement into the lethal and resilient force it is today, known internationally for its brutality: notably, the group’s interactions with the Nigerian security sector, categorized by indiscriminate state violence; leadership changes within the insurgency’s ranks that elevated Abubakar Shekau following Mohammed Yusuf’s execution; and regional trends in weapons flows and ideological currents.