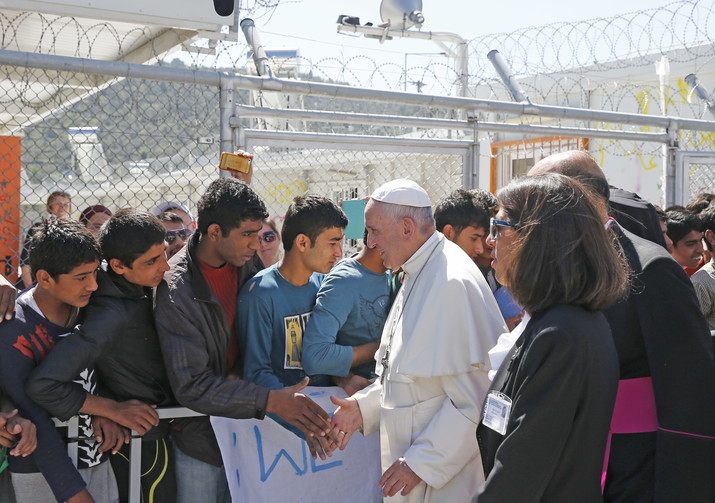 Pope warns against ‘elitism,’ ‘cruelty,’ & ‘extreme individualism’ in the West

Pope Francis has slammed economically advanced countries for elitism and individualism while calling for compassion and tolerance for refugees, displaced peoples and anybody who’s different.

“Today’s world is increasingly becoming more elitist and cruel towards the excluded,” Pope Francis wrote Monday, in a message for World Migrant and Refugee Day.

“The most economically advanced societies are witnessing a growing trend towards extreme individualism which, combined with a utilitarian mentality and reinforced by the media, is producing a ‘globalization of indifference,’” the Pope continued.

Francis said refugees had become “emblems of exclusion” in Europe and that “fear of ‘the other’” and “the unknown” were depriving people of an “opportunity to encounter the Lord.” He encouraged acts of charity.

The pontiff offered an approach to the migrant crisis “summed up in four verbs: welcome, protect, promote and integrate.”

Though he said nothing explicitly political, many interpreted the Pope’s remarks as a commentary on the European elections, which concluded this weekend and saw a number of nationalist and Euroskeptic parties surge.

Many of the successful parties did have an anti-immigration bent, but they were also united in a common rejection of the centrist Brussels status quo, which many, such as the Brexiteers, see as an obsolete approach and the source of many of Europe’s current problems.

Tags: ’ ‘cruelty’ & ‘extreme individualism’ in the WestADVTPope warns against ‘elitismVictims of Terrorism