Home News Mahatir Mohamad: wars apparently have been for business and for weapons sale 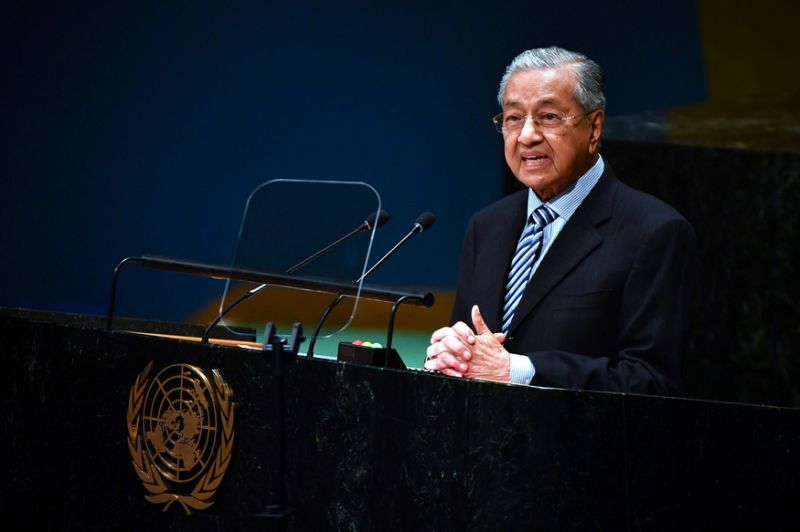 Mahatir Mohamad: wars apparently have been for business and for weapons sale

In 74th session of General Assembly, Prime Minister of Malaysia Dr Mahathir Mohamad said that The creation of Israel by seizing Palestinian land is the root cause of terrorism.

Mahatir Mohamad said: “Since then, wars have been fought in many countries, many related to the creation of Israel. And now we have terrorism when there was none before, or at least none on the present scale … Military action against acts of terrorism will not succeed. We need to identify the cause and remove it. But the great powers refuse to deal with the root cause,”

He added, the war-like European countries have not gone to war with each other over the past two-thirds of a century. But elsewhere there is evidence that European countries have caused wars to break out, arms and funds to be supplied and active participation in prolonging the wars. It is apparently good for business, for weapons sale.

Malaysian Prime Minister continued his speech: “Because of the creation of Israel, there is now enmity towards the Muslims and Islam. Muslims are accused of terrorism even if they did nothing. Muslim countries have been destabilised through the campaign for democracy and regime change. Muslims everywhere have been oppressed, expelled from their countries and refused asylum.”

He added, Thousands have died at sea and in the severe winters. One cannot deny that in the past there were no massive migration. Now the wars and instability due to regime change have forced them to run away from their

Mahatir Mohamad said about Israel acts that: “Friends may break any law and get away scot-free. Thus, Israel can break all the international laws and norms of the world and it will continue to be supported and defended. The unfriendly countries can do nothing right. There is no justice in the world.”

At the end of his speech, Mohamad said: “We must punish warmongers. We must make the world peaceful for all. That was our mission and that must remain our mission. Only if we succeed can we claim that we are civilized”