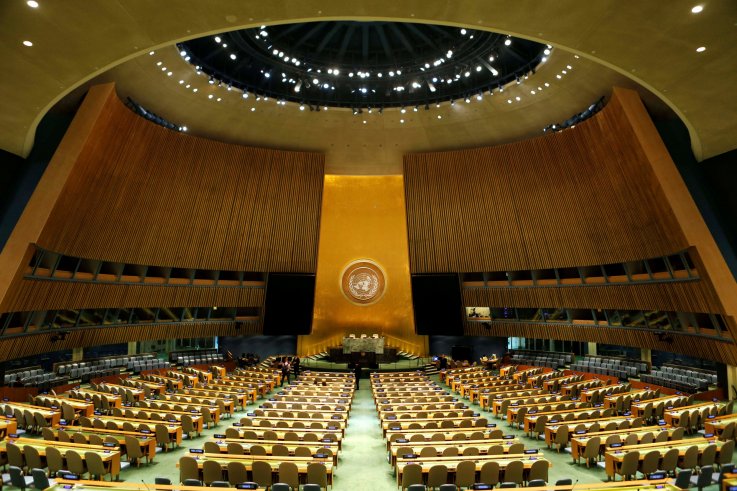 UN website reported on 28 September that speakers in 74th General Assembly of UN stressed on the multilateralism as a way to solve global chalenges.

Prak Sokhonn, Cambodia’s Deputy Prime Minister and Minister for Foreign Affairs and International Cooperation, said the emergence of a multipolar world should pave the way to peaceful coexistence.  But some powers, under the pretext of universal values, are fomenting a new form of global division that recalls the worst moments of the cold war.  Using humanitarian reasons as a pretext to interfere in domestic affairs or to provoke regime change is deceptive and deceitful, he said, adding that increasingly serious threats to global security and the planet’s future are a direct consequence of weakening multilateralism.

Pietro Cardinal Parolin, Secretary of State of the Holy See, cited Pope Francis, saying the value of multilateralism rests on lifting millions out of poverty, resolving conflicts, fighting epidemics and protecting migrants and refugees. Expressing alarm at the worldwide proliferation of arms, he called for greater multilateral cooperation to eliminate nuclear weapons.

Uganda’s Prime Minister Ruhakana Rugunda, however, said it is time to address the long-standing injustice of Africa lacking a permanent seat on the Security Council, given that the continent is home to more than 1 billion people and accounts for 70 per cent of the Council’s agenda.

74th session of UN General Assembly has been held 24-30 September.