Home News Mohammad Reza Hosseini: The Book “Blow Back” has debunked the secrets of terrorism in the region. 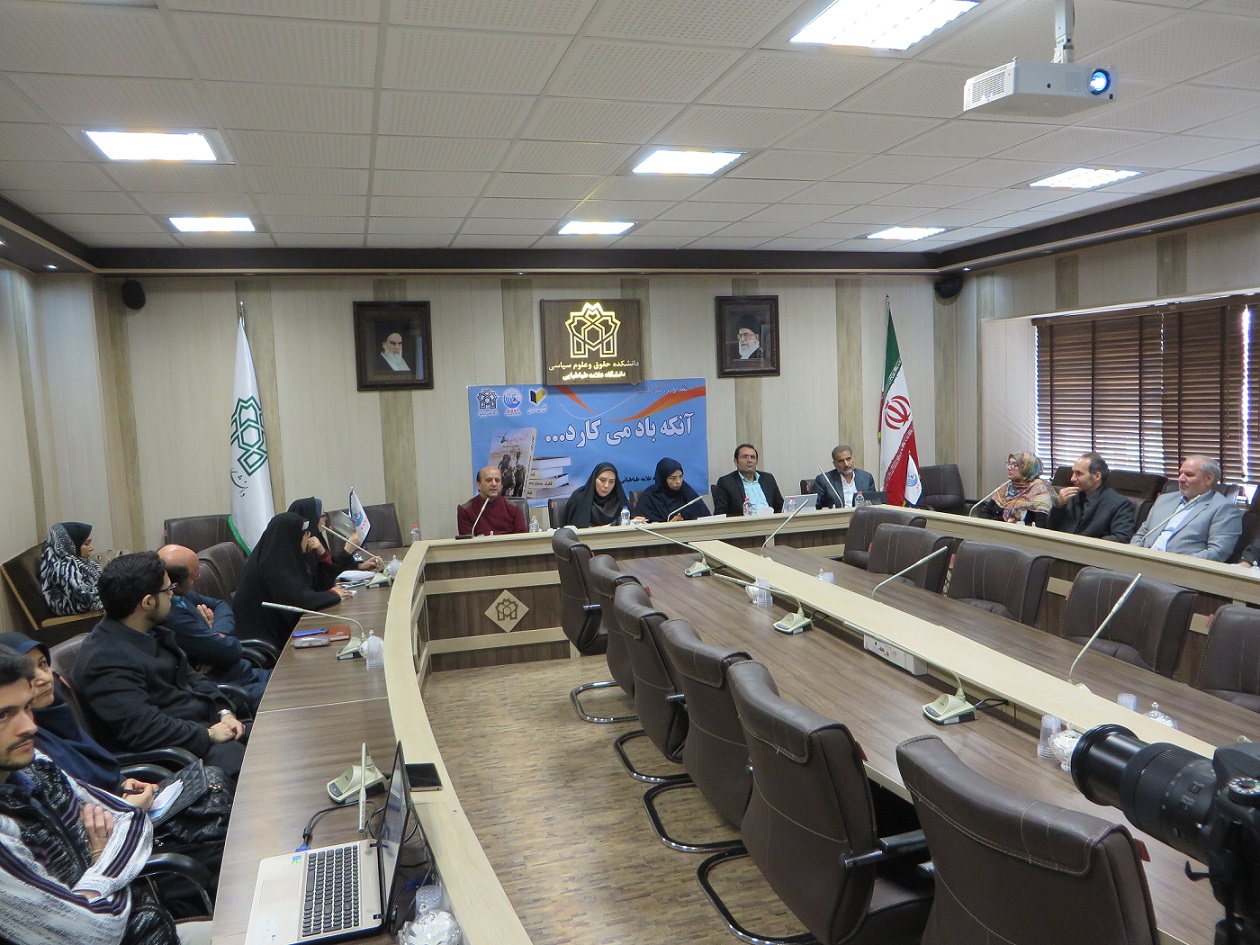 Mohammad Reza Hosseini: The Book “Blow Back” has debunked the secrets of terrorism in the region.

Association for Defending Victims of Terrorism (ADVT) Public Relations – The meeting of Review of the book “Blow Back” was held in cooperation with Faculty of Law and Political Sciences of Allameh Tabataba’i University and attended by families of martyrs and crippled of terrorism on 4 December 2019. In this meeting, translator, professors of law and international relations reviewed the different aspects of the book.

Ms. Aramesh Shahbazi, faculty member of Allameh Tabataba’i University appreciated ADVT for organizing the meeting and said “the first and most important result of the meeting is to raise awareness of the society by non-governmental organizations. Academicians can play an important role in these measures in line with their mandate for raising awareness of society.”

Mr. Mahmoud Khabazi, researcher and translator of the book welcomed the attendees and thanked the organizers. Introducing the author of the book, he continued “Michael Lüders is a courageous person because of his criticism of the West in Western atmosphere and has noticeable information about the world of Islam.” Regarding the content of the book to summarize the message of the book and the author Mr. Khbazi said “the reason why the people of the Middle East are pessimistic about West and don’t trust them is because of the wars, violence, and extremist acts which have been committed by the West in the region.” He continued that “the West want to make its own interests in the region, including seizure of oil resources, on the pretext of human rights, countering terrorism and destroying weapons of mass destruction. Mr. Khabazi referred to his experiences with the feedback he received from the publication of this book and said some students said they had learned the facts behind the terrorism in the region by reading the book.

Ms. Seifi, faculty member of Allameh Tabataba’i University in another part of the meeting reviewed the form and content of the book. She recognized it as a book of a Western thinker against the Western policy and categorized the book among the ones which raises the awareness of the people.

She added that the double standard policies of the west sought to prevent the creation of dissenting hegemony in the name of democratization and human rights advocacy. So, non-state actors such as terrorist groups engage in proxy wars.

Mr. Hosseini, associate professor of National Defense University explained about the history of terrorism in the region and lack of definition of terrorism. Then, he knew the book effective for shedding light on the hidden issues of terrorism.

Dr. Najandimanesh, faculty member of Allameh Tabataba’i University, stated that when countries seek independence, disapprovals begin at once. The United States has attacked seven Muslim nations since 9/11 and has had nothing but expansion of instability. Wherever the superpowers intervene, interests of oil and gas are considered. This approach can be seen in recent US policy in northern Syria.

Seyed Mehdi Munadi, national security studies researcher from Afghanistan said in video conference that the world today is the world based on Westphalian concept of division of power whose main feature is sacrificing of human for interests of great powers and hegemonic system. He added that humanization of the relation between states is the solution of decreasing the negative consequences of this system and by telling a quote from Brzezinski asserted that the West are seeking their own national interests and sacrifices the human in this way.