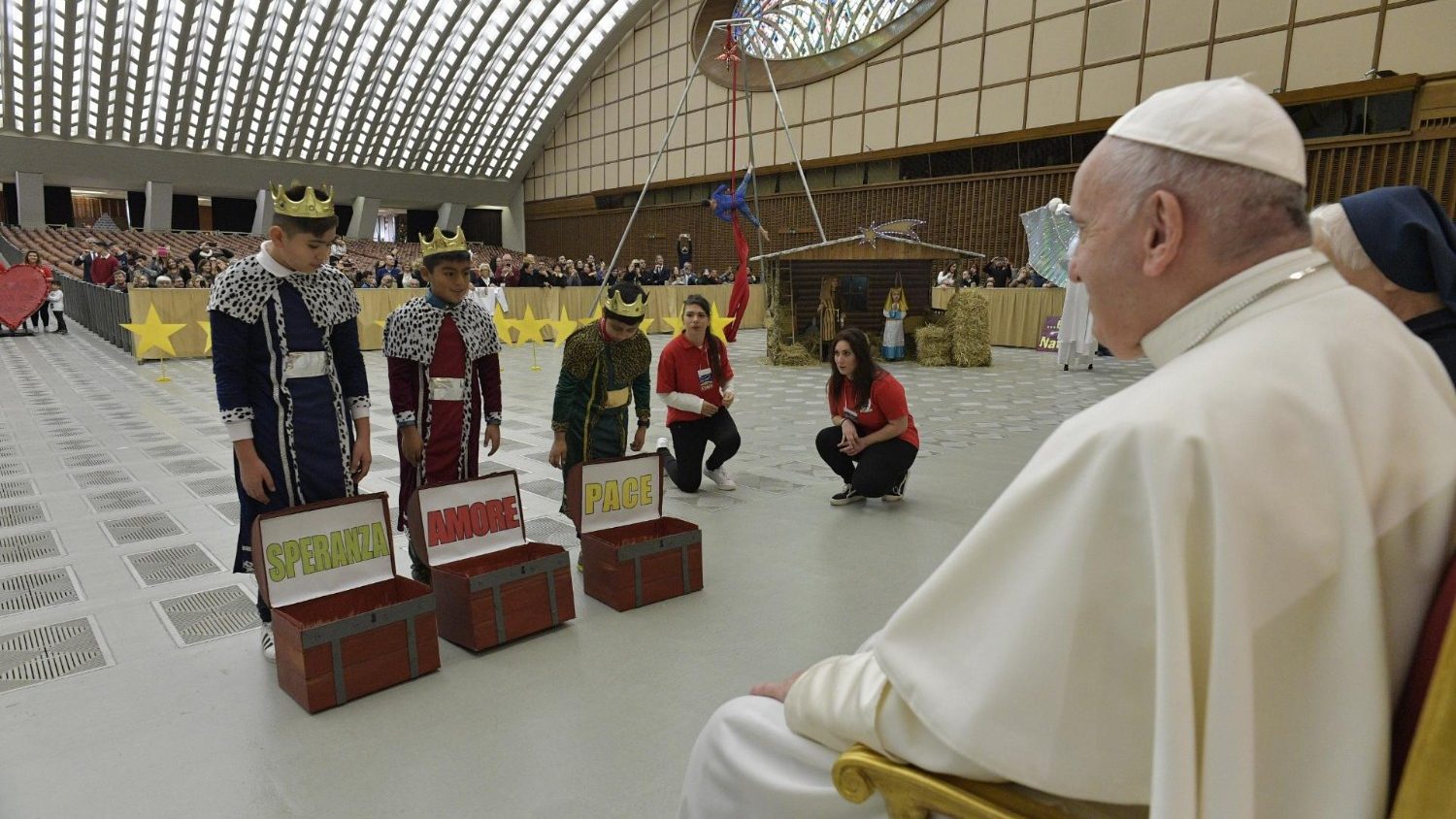 VaticanNews website reported in 23 December that, Pope Francis offers Christmas wishes and thanks to staff and volunteers of the Santa Marta Dispensary and to many of the families it assists.

Pope Francis on Sunday was treated to a musical show with songs and dances performed by the children of the staff and volunteers of the Santa Marta Dispensary. The audience took place in the Vatican’s Paul VI hall in the presence of some 800 people, including volunteers, doctors, nurses and families assisted by the Dispensary.

For over ninety years the Santa Marta Dispensary has provided medical assistance to children and families in need and is based just a stone’s throw away from the Pope’s residence inside the Vatican.

After the performance, the children presented the Pope with a large cake, a belated gift marking Francis’ 83rd birthday last Tuesday, 17 December.

The Pope thanked those present and praised the children’s parents whom, he noted, clearly know how to play and give joy to their offspring: “Children are the promise of good things to come,” he said.

He then engaged in conversation with the children highlighting three boxes the Magi in the performance had brought to the baby Jesus, and that contained “Hope, Love and Peace.”

It is Peace we must strive for, the Pope told the kids, not war: “War destroys and kills, it kills the young and the old, it kills everything. And to defeat war we need Love.”

“How can we live without war?” he asked the children. “With Love” they answered in chorus.

And then there is Hope, the Pope continued, “we must always look to the future, to the horizon, with the Hope that comes from the Lord, and also from the work we do to make the world a better place.”

The Santa Marta Dispensary was established in 1922 by Pope Pius XI, and was visited by Pope Emeritus Benedict XVI in 2005.