Home News In Somalia, the US Is Bombing the Very ‘Terrorists’ It Created 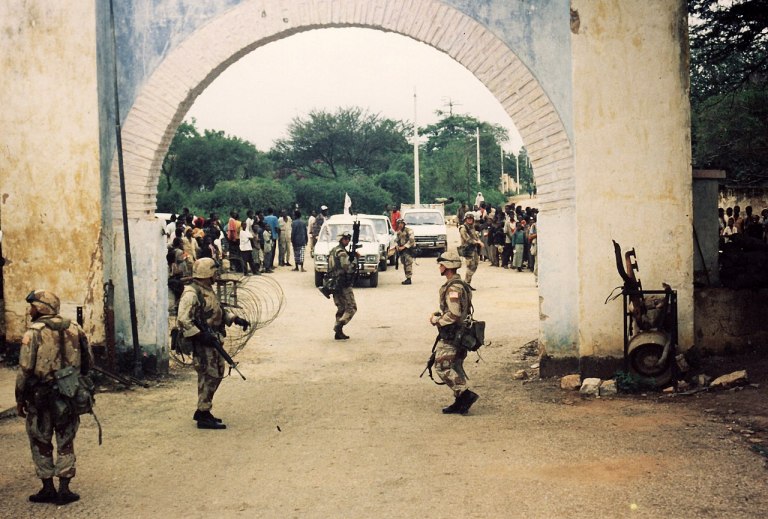 In Somalia, the US Is Bombing the Very ‘Terrorists’ It Created

Association for Defending Victims of terrorism – T. J. Cole writes in an article entitled “In Somalia, the US Is Bombing the Very ‘Terrorists’ It Created”  that US and British meddling transformed Somalia’s al-Shabaab into an extremist group, inflaming the humanitarian crisis that persists throughout the country.

He writes, This July, the Biden administration picked up where Trump left off and began bombing Somalia a country with a gross domestic product of less than $6 billion and a poverty rate of 70 percent . But why?

The official reason provided by the Pentagon was that the Somali National Army needed air support in its operations to counter al-Shabaab. But the actual reason was that Somalia is geo-strategically important to US empire.

Successive US administrations have cycled through a myriad of excuses to either bomb the country or to arm its dictators: Cold War politics,“humanitarian intervention,” anti-piracy, and more recently counterterrorism.

As we shall see, in the mid-2000s, a fragile coalition of soft and hard Islamists – explicitly not allied to al-Qaeda at the time – brought some measure of peace to the areas of Somalia it controlled. With help from Britain and neighboring Ethiopia, the US smashed the coalition and pushed more right-wing elements like al-Shabaab over the edge into militancy.

And of course, the global superpower bombing one of the poorest countries on Earth in the name of national security is not terrorism.

The US created al-Shabaab in several ways. First, it escalated Islamist vs. non-Islamist tensions by backing secular“warlords” as a proxy against the ICU in the mid-2000s. This alienated the moderate factions of the ICU and empowered the right-wing Islamists.

Second, and most importantly, Washington backed Ethiopia’s invasion in late 2006, triggering a catastrophe for the civilian population, many of whom welcomed hard-line Muslims because they imposed a degree of law and order.

Third, by painting the nomadic and Sufi Islamist nation of Somalia as a hub of right-wing Salafi extremism, Western policymakers and media propagandists created a self-fulfilling prophesy in which Muslim fundamentalists eventually joined the terror groups they were already accused of being part of.

Fourth, for a country supposedly concerned with international terrorism, the US has done nothing to rein in one its closest allies, the UK, whose successive governments have sheltered a number of Islamic extremists that recruited for Somalia.

Even if we look at Somalia’s crisis through a liberal lens that ignores titanic imperial crimes, such as triggering famines, and focus on the lesser but still serious crimes of suicide bombings, it is hard not to conclude that Somalia’s pot of extremism was stirred by Western interference.