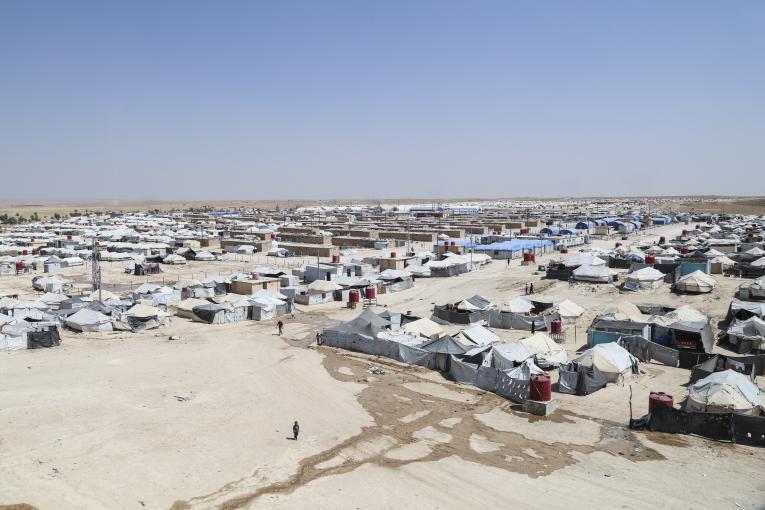 Daesh “continues to represent a real threat at Al-Hol,”

Association for Defending Victims of Terrorism – The Al-Hol camp for displaced people in Syria is an extremist threat and should be dismantled, a senior Iraqi security official said.

Al-Hol, in the Kurdish-controlled northeast, is Syria’s largest camp for displaced people. It houses about 56,000 including displaced Syrians and Iraqi refugees, some of whom maintain links with Daesh group.

About 10,000 are foreigners, including relatives of extremists.

“Each day that passes with the camp still there, hate grows and terrorism thrives,” Iraq’s national security adviser, Qassem Al-Araji, told an international conference about the camp.

Daesh “continues to represent a real threat at Al-Hol,” Araji told delegates who included ambassadors from the United States and France.

The overcrowded camp is controlled by the autonomous Kurdish administration and lies less than 10 kilometers (six miles) from the Iraqi border.

Araji called on foreign governments to repatriate their citizens from Al-Hol, and urged rapid dismantlement of the camp.

Most of Al-Hol’s residents are people who fled or surrendered in Syria during the dying days of Daesh’s self-proclaimed “caliphate” in March 2019.